Indiana’s surplus is as useful as a stuffed mattress 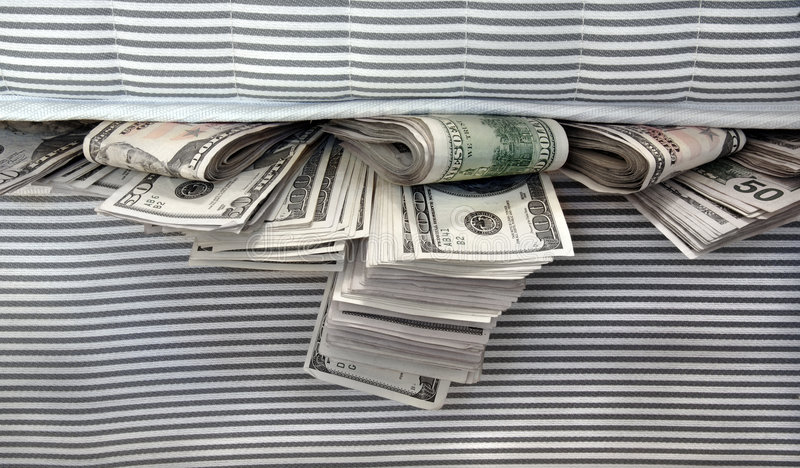 If you had $100 and were forced to invest it, what types of investments would you consider? Celebrity space programs might be a market ready to explode, or maybe another GameStop will come along. But here’s a wacky thought: let’s pool several billion dollars together and park it in a reserve account controlled by the state legislature, where it will not earn or grow at all. And as a bonus, it is unlikely that the investors in that account will ever get the principal back, let alone receive any dividends or interest on those investments.

This is how Indiana taxpayers have been investing for more than a decade now.

Indiana’s budget surplus has been protected, celebrated, and in my opinion, worshiped by political leaders since the Mitch Daniels era. It is the metric that Republicans use as evidence of their strong, fiscal leadership. I periodically remind people of this no-mans-land of fiscal ideology, the last time was early in the pandemic.

I had a few people say to me in late spring of last year, things like, “I’m so glad we have the surplus in the middle of this, without that, things would be really bad.” I made a point to predict that our surplus would be safe; that we wouldn’t spend it down; and, that Hoosiers would not enjoy any noticeable benefit from it that would differentiate us from our neighbors in Illinois. I constantly used Illinois as my example last year, because that state has been living in a budget crisis for at least as long as our surplus has existed.

This week CNBC released its “America’s Top States For Business 2021” report showing Illinois is now ranked ahead of Indiana. Ouch.

On Wednesday, it was reported that Indiana’s surplus has grown beyond the already ridiculous, statutorily allowable amount. In fact, it is almost twice as big as state law allows, which is 12.5% of expenditures. The nearly $4 billion Indiana now has in reserves is approximately 23% of budgeted expenditures. Without boring anyone with the math or quibbling over interpretations, let’s just accept what State Budget Director Zac Jackson says about it. Jackson says this will require a taxpayer refund of $545.3 million dollars credited to those filing Indiana returns for tax year 2021. That will get our surplus back down to the ridiculous amount where it has been hovering for about five budgets now.

What could we do with $545.3 million? We could pay every one of the 3.8 million unvaccinated Hoosiers $143.00 a piece to get their damn shots. Just a thought.

Instead, an example of what we are doing is paying $50 million in cash for the rebuilding of the swine barn at the Indiana State Fairgrounds. Hmm, do the pigs of the state really need a Taj Mahal, or as a friend put it this week, a Taj MaHog? Admittedly, the new Fall Creek Pavilion won’t just be a barn, and I support the investment. But the list of things that a surplus could have done in the last eighteen months is voluminous–things that could have made the lives of Hoosiers better. Government chose to protect the surplus instead.

The law requiring the excess to be returned was debated and passed by legislators expecting the possibility of mischief or abuse with future surpluses. Without that law, I wonder what the Republican controlled state legislature would do with the recent avalanche of cash. If past is prologue, they would likely have stuffed it in the mattress with the rest of it.

I will write it again, there is no political ideology connected to surplus-driven fiscal policy. Liberals would want to spend it. Assuming that spending is on something in the public interest, spending it is better policy than hoarding it. Conservatives should want to refund the money to taxpayers, or reduce taxes so that the surplus is not getting moldy as it rots in the mattress where it’s stuffed. To conservatives, a surplus should be seen as code for “the over-taxation of the citizenry.”

The new line in the “balanced budget” sand is 12.5% above what state government needs to operate. It has become cultural here to invest our extra cash in government, the one place where the investment won’t pay us back.

Hoosiers should quit falsely believing this is evidence of good stewardship, worthy of continuing to vote for those responsible. Because it’s not.