It is possible to make The Appalachian Dream more real 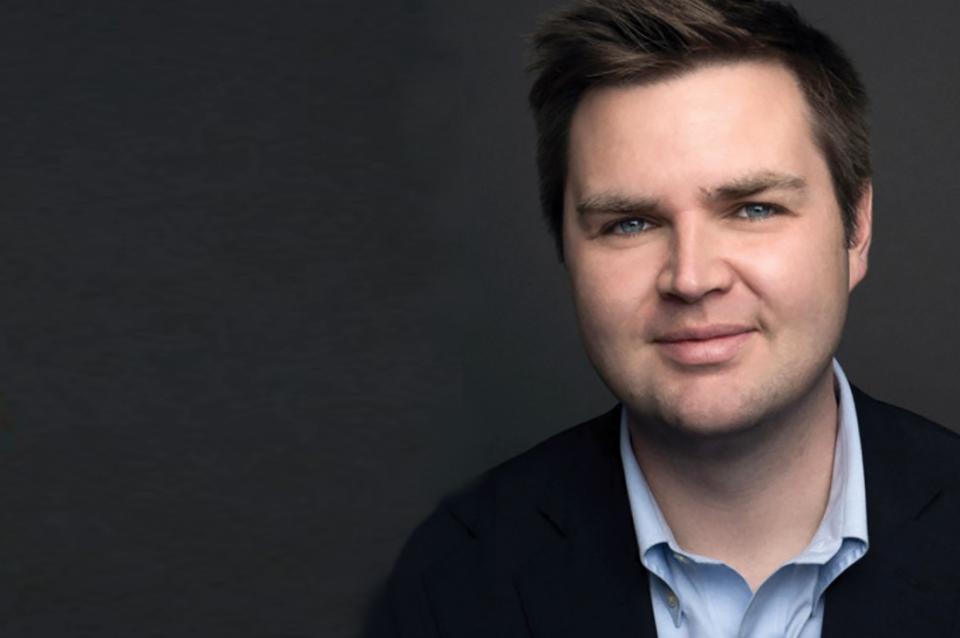 I spent half of my youth deep in the heart of what many call Appalachia. “Half of my youth” means ten years, which would mean that I think I was all grown up at 20.

And Appalachia doesn’t just mean that region where true hillbillies live. It is a more talked about geographic region lately, almost entirely for terrible reasons.  The truth is, it’s not all that different than Indiana and many argue that Indiana has more in common with it than it does the rest of the Midwest.  Appalachia is becoming more of a culture than a place.

J.D. Vance, the author of the 2016 best selling book, Hillbilly Elegy: A Memoir of a Family and Culture in Crisis was in town this week. The book describes Vance’s rise from life as a typical hillbilly to becoming a graduate of Yale Law School. He knows how nearly impossible that track would be for some other hillbilly to copy. That’s the point of the story.

He spoke at the Indiana Chamber’s Annual Awards Dinner on Tuesday night. I weaseled my way into a spot in the crowd for the main reason of listening to Vance.  I read his book and have been keeping tabs on him since.  Not in a creepy stalker kind of way, because I don’t always agree with his political views.

Specifically, he described what he expects many partisans likely think about solutions to make The American Dream more possible for people from Appalachia, or the Rust Belt, or anyplace else. He said that he knew there were many Republicans, like him, who would say those struggling to get ahead just need to make better choices.  And he knew many Democrats would say the real solution was that we need to invest more in social programs and things like public education.

Vance had a refreshing view of it all: both kinds of partisan-based solutions have merit, but that the whole thing is actually immensely complicated.  He said that he learned many valuable things during his otherwise troubled upbringing that led to his advancement. Things like loyalty and commitment, and his desire to be a good husband and father all were taught to him by his family.  But he received all of these things in an unlikely but near perfect sequence.  It’s that sequence which, in my opinion, was just dumb luck for him.

The message is that as America has aged since World War II, the likelihood of children earning more than their parents has plunged from 90% in the 1940s to 50% today.  Upward mobility is shrinking. The distance between high and low wage earners is growing. And campaign slogans are far too simplistic and narrow to actually become solutions on their own. This complicated problem will need a long list of varied ideological strategies to turn this back toward a state of progress.

The darker colors of this map would imply that Indiana actually is part of Appalachia, at least in this economic way. 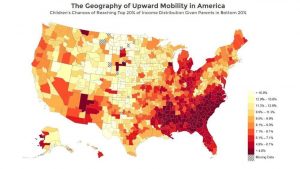 A map of the U.S. shows children’s chances of moving from the bottom fifth of income levels to the top fifth. Equality of Opportunity Project

The people struggling here actually do need to make better choices and become more accountable for their own success.  Our communities also need to invest more in public education, public health and a variety of other proven programs. It just can’t be one or the other, and our collective desire to turn this around cannot ebb and flow with each election.

Jim Hallet, CEO of KAR Auction Services received the Chamber’s Dynamic Leader of the Year Award prior to Vance’s speech. His brief comments of acceptance struck me.  His favorite holiday, Thanksgiving, is nearly upon us.  It’s my favorite holiday too.

His advice to the throng of business leaders in the room was to take the opportunity the holiday brings to contribute something back to someone who needs it.  I put that simple suggestion up against the complicated nature of the problems described in Vance’s more detailed comments and see their connection to one another.

The Dream that once defined America is more of an actual dream today, and far less real. It once was our culture’s state of mind. The possibility of a rise like J.D. Vance’s or of Jim Hallet’s, needs to be made more possible. It is that possibility that makes America great.

If we can agree on that, we will be more able to find today’s sequence that can make more Americans’ dreams come true.  And Americans’ belief that their possibilities are attainable realities is ultimately priceless.