It will take a little courage to end Trump’s bullying 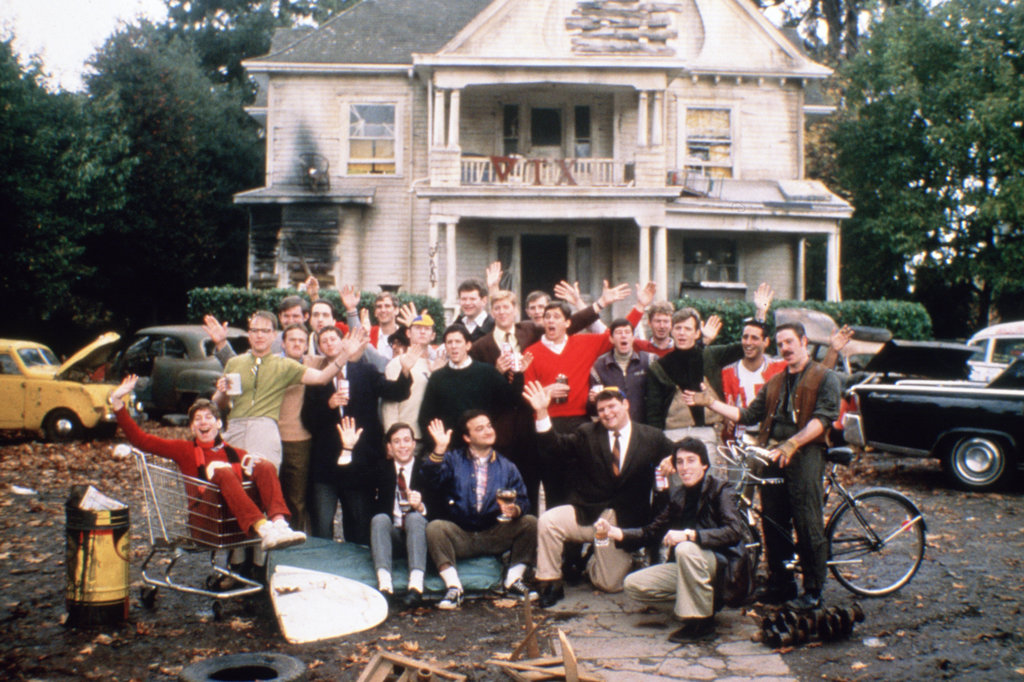 It is arguable how many life lessons are contained in the 1978 film, Animal House, but there are several good ones on bullying.

These days, America is seeing far more examples of real-life bullying in Washington, via Mar-A-Lago, than any American should have to endure. Dictionary.com defines a bully as “a blustering, mean, or predatory person who, from a perceived position of relative power, intimidates, abuses, harasses, or coerces people, especially those considered unlikely to defend themselves.” We all have our own perspective of what a bully is, but the important part of the definition is the “perceived position of relative power.” The perception is often not only wrong, but irrationally so.

This week, Republicans in congress were bullied by former President Donald Trump into voting against a bill that would establish a commission to review the events of the January 6 insurrection. House Minority Leader Kevin McCarthy wrote a letter to Speaker Nancy Pelosi on February 22 asking for three specific things to be considered in the legislation: equal partisan representation on the commission, equal subpoena power of those members, and that no predetermined findings or conclusions be included by the commission. The speaker and her designee agreed to these and several other terms with McCarthy’s designee, Rep. John Katko (R-New York).

This should be easy then, right? All of America wants a comprehensive review of one of our nation’s worst days, ever, right?

It turns out the bully doesn’t. Trump referred to the commission legislation as a “trap,” this week. And just like that, McCarthy could no longer accept Pelosi’s “yes” to his demands. The minority leader announced his opposition to the bill, and most of the members of the Republican caucus followed him on Wednesday by voting “no” to a bill Rep. Katko had successfully negotiated on their behalf.

Indiana’s House delegation, all current pledges to Alpha Trump Omega, fell in line with the bully, with one surprising exception in Rep. Trey Hollingsworth. We could discuss why he joined 34 other members of his caucus in voting with rationality and reason, but that’s less newsworthy than why Rep. Greg Pence did not.

The only battle cry I remember from the angry mob storming the Capitol that day was “hang Mike Pence!” Five people died as a result of the riot, and luckily the former vice president was not one of them. But that was one of the most prominently stated reasons why they were there. His own brother voted against the commission. And to make that shameful and cowardly vote worse, it was only symbolically made in service to the one who has been bullying that same brother for the last five years.

If Trump and McCarthy had instructed Rep. Pence to kidnap a horse and leave it in the speaker’s office, another homage to Animal House, I’m sure he would have gone along.

The worst thing that comes from being bullied is the shame that comes with it. Bullies rarely have the real power that is perceived by those being bullied, which makes it difficult for victims to justify their compliance. Say it with me: Donald Trump’s title is “former” president.

The acceptance of the end of Trump’s reign was clear to congressional Republicans immediately following the events of January 6. Senate Majority (at the time) Leader Mitch McConnell laid blame on the former president, saying on the Senate floor that Trump “provoked” the riot. McCarthy followed suit, stating that Trump “bears responsibility” for the insurrection.

What changed between January and May? That “perception” of power has surprisingly remained with Trump. Talking heads won’t quit talking about the tight grip the former president has on GOP voters, and because of this continued and perceived authority, those susceptible to his bullying don’t resist it much. But what’s most obviously missing in this dynamic is not Trump’s ongoing influence over voters, but the lack of any attempt by congressional leaders to reassert some of their own.

It is easy for a bully to have his way when those being bullied don’t even express any alternative preference. Until these pushovers come up with a meaningful platform to rally around, they will continue to be pushed around by someone with no “relative power.”

Until the political pledges of today’s GOP fraternity regain some courage and direction, Republicans only have an animal house at its helm.