It’s a long road back to normal 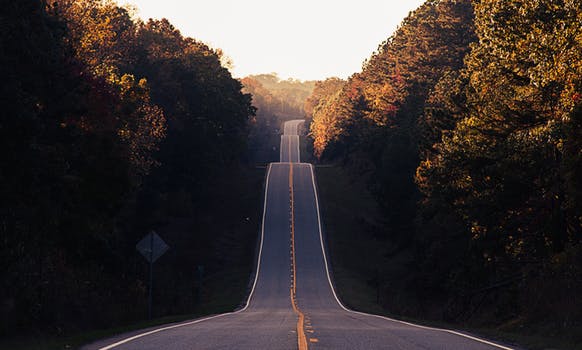 Thursday was one of those days that just struck me.  The blend of news items felt like a hypnotist snapping his fingers in front of me to wake me out of a trance.  But what struck me more than anything was that none of it is all that odd any longer.  At least not by comparison to last week, or the week before.

It started with a confession from President Donald Trump.  Yes, I said it.  It was a confession.  I wasn’t the first one to say it or write it, but that’s what it was.  He tweeted on Thursday morning that he did not have any tapes of his conversations with former FBI director James Comey.  The carefully worded tweet was clearly composed by his legal team.

If only his lawyers wrote all of his tweets. That alone would get America closer to “great” again.

The president was lying about the presence of tapes. He knew it was a made up suggestion when he first tweeted it in mid-May.  We all knew that the suggestion was an attempt to intimidate Comey. We also now know that with or without this week’s presidential confession, the original tweet about tapes started a chain of events that led to the appointment of special counsel, Robert Mueller.

In politics, sometimes it is too late to fess up. This is one of those times, Mr. President.

Almost simultaneous to the presidential confession of the week, the Senate majority leader, Sen. Mitch McConnell made his own announcement. The much anticipated public release of the privately developed Senate version of the American Health Care Act (AHCA) was in the shadow of Trump’s confession. Or was it the other way around?

It turns out that it is not less mean.  It’s equally mean.  And it’s not a healthcare bill.  It’s a tax bill.  It’s a bill that the Republican Congress is trying to sell to their new voters as vital to their future well being. Though it is now clear that the AHCA will only benefit those getting the tax breaks in the top tax brackets.  These are not new Republican voters. These are the folks who have almost exclusively voted Republican their entire voting lives, just like their rich parents did.

There is nothing in the Senate bill, or the House version before it, that benefits the new Republican voter. Zero. No one will have better access to healthcare. No one’s healthcare costs will go down. McConnell isn’t even promising any of that.

And if I’m going to be lied to by those in Washington, this is the kind of lie I want to hear. A lie that says we are doing this for you, all of you.

A cynic might say these announcements came simultaneously so Americans’ disgust could be divided among them.  Ok, I will say it.

After this one-two punch happened on Thursday morning, another silly little video was making the rounds on social media.  I have struggled over the last few days to try and find an analogy so the masses can understand it.  And I can’t.

Donald Trump drove his golf cart on the green.

Watch the video. This is not an accident.

Whether he owns the course or not, human beings are not to drive the golf cart on the putting surfaces.

Now I despise the mere existence of the “royal family” in Great Britain. There is nothing less American than the concept of true royalty. However, even they do not drive on the greens. And they own a lot of greens.  Really old greens.

And you may be reading it here first, but I’m accusing this man of cheating at golf also. There’s no way he could drive his cart on the green, but then keep an accurate scorecard.  No way in hell.

Don’t care about golf?  I don’t blame you.

Then let’s look at the New York Times column titled “Trump’s Lies.”  Almost as important is the response column from Breitbart.  The alt-right is offended because the Times reported the total number of lies as 25 instead of 20. I hate it when people callously miscount the lie tally.  It’s an outrage.

New York Times columnist David Brooks discussed the pathological nature of the president’s lies on PBS Newshour. He said: “I wonder what’s going to happen to our debate. After Trump leaves, whenever that is, do we snap back to what we consider to be the normal standards of honesty, or is this the new norm?”

No, we won’t “snap back.”  I am betting it will be a long road back to normal.