The judiciary is letting Trump hide behind its calendar 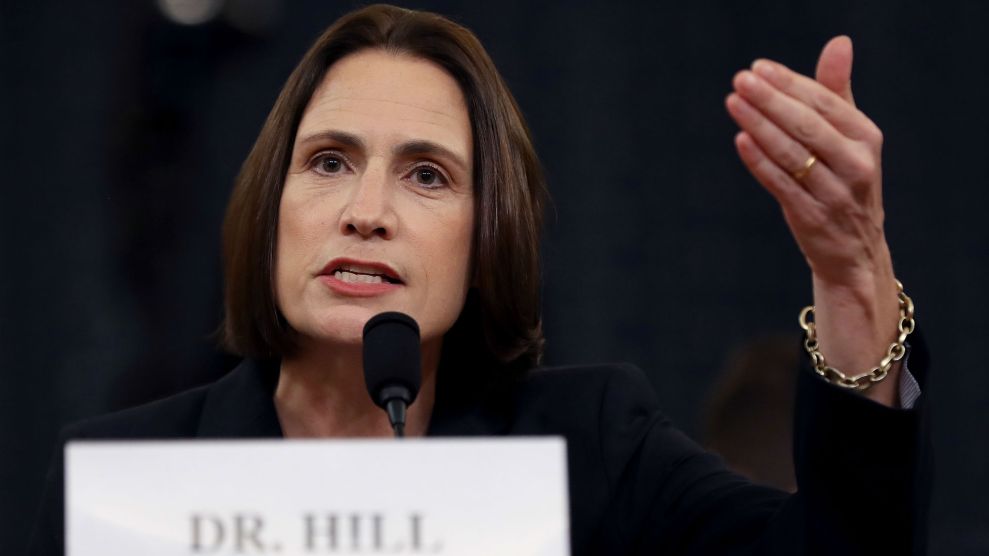 “Everyone was in the loop,” was the most important part of the Wednesday testimony of Gordon Sondland, Ambassador to the European Union. Fiona Hill, the former national security expert served as the last witness this week by showing America how that “loop” worked.

There is plenty of evidence, a mountain of it really, that confirms that Rudy Giuliani was engaged in an extortion or bribery scheme to force the Ukrainian government to announce it was investigating the political opponent of his client, President Donald Trump. Sondland followed the orders of President Trump and Acting Chief of Staff Mick Mulvaney to work with Giuliani. He also kept Vice President Mike Pence and Secretary of State Mike Pompeo informed of the scheme’s progress. Of course, none of these other guys will appear before Congress and virtually no documents from the White House or the State Department will be provided either.

Amazingly, the GOP is still whining that they are being treated unfairly.

But the Trump Administration is hiding from the process, claiming all sorts of mythical forms of immunity. Congressional Republicans have been indignant and often embarrassing in their assistance. More relevantly at this stage though, is that the strategy of hiding is getting unreasonable assistance from the Judiciary.

The president should not be able to simply ignore the authority of Congress. I understand the concept of executive privilege and attorney-client privilege too, but the blanket instruction from the White House to executive branch employees to not comply with congressional subpoenas is not just frustrating, inappropriate or even illegal, it threatens our government’s balance of power. “Privilege” simply does not extend all that far.

It is certainly a stretch to claim that both National Security Adviser John Bolton and his deputy Charles Kupperman have “constitutional immunity” from a congressional inquiry. Kupperman filed a lawsuit to challenge the subpoena he received from Congress, and Bolton then joined the suit as he expected a subpoena too. Surprisingly, House Democrats did not issue the Bolton subpoena and withdrew the one issued to Kupperman. Why? Because there just is not enough time to fight over their appearances in court, and the impeachment managers did not want the court to hold up the proceedings.

How about the top two folks at the Office of Management and Budget? From where does their magical immunity come? Russ Vought, the acting director of OMB and Mike Duffey, the associate director for national security programs won’t testify either. Imagine that in a broader sense for a moment. Congress is in charge of appropriating tax money to the executive branch. The agency in the executive branch responsible for distributing it is the OMB. One major issue in the impeachment process is the distribution of a specific appropriation of $391 million dollars that Congress authorized.

Where does the made up OMB “immunity” end? What other appropriations will the OMB not discuss with Congress now or in the future? Apparently any they see fit.

This discussion does not even address the State Department, which has several examples of professionals who have ignored the White House, done their duty and told their stories. Even Sondland though, repeatedly claimed during his testimony that now inaccessible documents could have helped his challenged memory.

For the life of me, I cannot comprehend why the judiciary is not treating these issues as emergencies. We should change that branch’s name to “delay.” In this context, that’s what they provide–a free avenue to delay justice when time is critical.

The impeachment of a president will always be time sensitive. By definition, a presidential term is a finite amount of time. The legal wrangling over the authority of Congress could easily last longer than four years when stonewalling is the strategy. The break-in at The Watergate happened on June 17, 1972, five months before Nixon was reelected. Nixon resigned on August 9, 1974, almost halfway through his term, and that was before the House even passed articles of impeachment and before the Senate held a trial.

The judicial branch of government is allowing the absurd behavior of the executive branch to usurp the authority of the legislative branch. Simply by becoming a tool for delay. Former White House counsel, Don McGahn’s subpoena was issued in May. A ruling is expected Monday. With expected appeals, the dispute will likely take an entire year.

It is clear to a majority of Americans what occurred in the Ukraine matter in general. The only reason we don’t know the fine details is because the courts are letting the president hide them from us.