Just get home before the ice cream melts 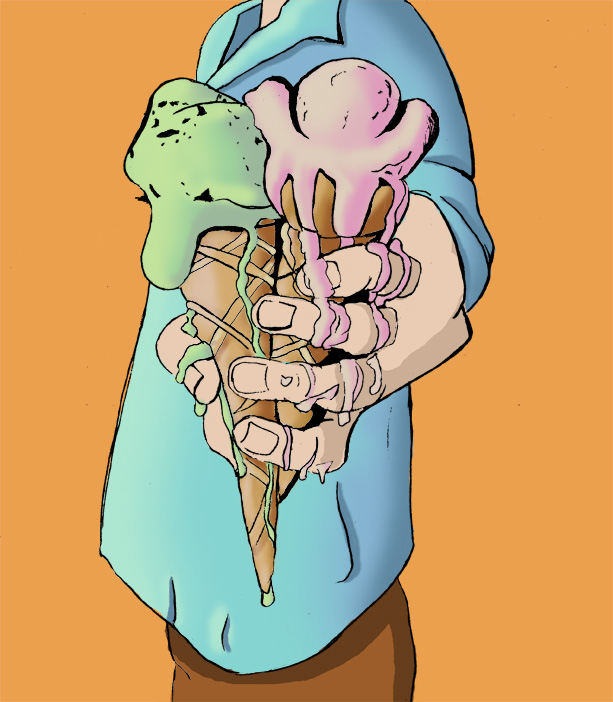 I don’t care much for rabbits. Admittedly, I haven’t thought much about them either until recently.

It’s sometimes hard to explain how a man my age can come to think the way I do. Then other times it becomes crystal clear.

My dad had a shotgun in his closet. I don’t remember him ever even touching it.  I also don’t remember him ever talking about it. I do remember my mom telling a story about how he bought the gun to go hunting with some other men when we lived in Appalachia. He shot a rabbit on this big game outdoorsman initiation. It upset him so much, the gun went into the closet and never really appeared again.

No, I don’t blame the rabbit.

I don’t care much for holidays either. That makes me sound cold hearted, but I had a millennial friend of mine actually proclaim that to me this week about himself, and by the time we got done talking about his disdain for “special days,” I agreed that I felt the same way.

But this is Father’s Day weekend. This is my holiday. I should be able to get it together for a celebration of me.

My late father hated holidays too. I wish he were here this year though. My boys are coming over and we are eating a bunch of food that is bad for us and watching the U.S. Open together. Just like my dad did with me and my brother.

This year it crept up on me. It started with a rabbit’s nest in my backyard. This is the second litter and the second nest for my lawn this year. I have a dog that I refer to as a “stone cold killer” that has somehow let this happen in a tiny little space that he pretends to rule.

The first litter of rabbits were killed by my killer dog, one by one, as he would pull them out of the hole and gently play with them as if I just brought them home from the pet toy store as a gift.  After discovery of the second litter this week, I was committed to not letting that routine happen again. So, like a good dad pretending some young child was near and wanted to see these rodents survive, I fenced off the nest so this litter had a fighting chance. As I write this, the “kits” are still doing fine.

Whew. Except nobody cares about these damn rabbits. Dad probably would have. My boys, when they were little, would have as well. I will find out what the young adult versions of my boys think about all of this later today. I anticipate being embarrassed about my protection of a litter of rodents that I am honestly a little mad at for being born in my yard.

Earlier in the week, I needed to put together a team for a charity golf event. Two things happened that struck me on this project. First, one of the guys I invited couldn’t play because he was taking one of his sons to a travel baseball tournament in Cincinnati. I never thought I would say this, but I was jealous of him. I have been to enough of these things to last a lifetime with my younger boy, but it would be fun to go to one more.

Next, the golf outing happened to be at a course where my older son played several high school tournaments. One memorable one led to me getting stuck on the course while watching him in a brutal storm, in business clothes, without an umbrella. I think I threw that suit away. Five years later, the rest of me is almost dry. Oddly, I would like another shot at that day.

But what struck me most leading up to the day that is Hallmark’s greatest creation was an otherwise meaningless trip to Costco on Wednesday. I accidently discovered they are selling a brand of ice cream we have been binging on around here. It’s “diet” ice cream, which for me means: we get to eat double.

I wasn’t there to buy ice cream but I couldn’t fight that urge off. It was smoking hot outside. I had other errands to run. But I did it anyway. I didn’t know if I could make it home before it melted. Words can’t describe the anxiety that caused.

I don’t care much for rabbits, but I’m apparently raising them now. I hate holidays, just like my dad did. He molded my brain in countless ways. But being dad to my boys did too. I actually do know how a man my age can come to think about these things. That clarity is pretty cool.

And no kids are going without ice cream today.