Kennedy is rounding the Cape of Good Hope 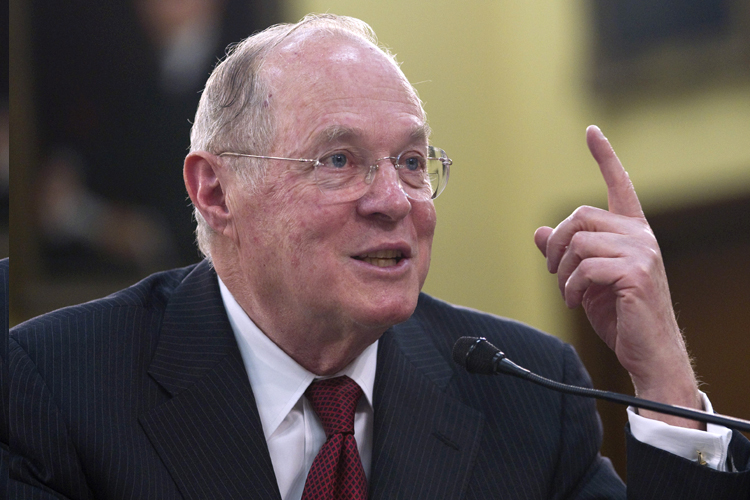 A friend recently told me that she heard my voice in Mark Manson’s 2016 New York Times Bestseller, The Subtle Art of Not Giving a F*ck (please go to markmanson.net for more info on the book). All of my scheduled reading was immediately pushed aside until I could hear what I sound like through someone else’s writing.

I finished reading the book on Thursday and it is awesome.  It sounded like me, so how could it be anything less?

On Wednesday, Supreme Court Justice Anthony Kennedy delivered a letter to President Donald Trump informing him of his intent to retire, effective July 31, 2018.  Apparently, serving for thirty years on the nation’s highest court was long enough.  There are plenty of people from a variety of different camps who agree.

In Manson’s book, he writes about an experience he had on a trip to South Africa’s Cape of Good Hope.  This was once thought to be where the Atlantic and Indian Oceans meet on the southern tip of Africa. There is a Portuguese saying that translates to “he’s rounding the Cape of Good Hope,” which means that a man’s life is in its final phase and that he’s incapable of accomplishing anything more.

I wish Justice Kennedy would serve for two more years.  But since that decision is now behind him, I now wish that the U.S. Senate would try to help our president replace him with someone sort of, kind of, like him.

Those who are most upset by his retirement are those who either advocate for women’s reproductive rights, or civil rights for the LGBTQ community, or both.  Count me as one in both camps.  He wrote the historic opinion in Obergefell vs. Hodges in 2015, which effectively eliminated any state’s ability to ban same-sex marriage.  And that wasn’t his only opinion defending gay rights.

He evolved on abortion rights.  He was wrong when writing Gonzalez vs. Carhart in 2007 which upheld the federal law prohibiting what was termed “partial birth abortions.” Then he was right when siding with Justice Stephen Breyer’s opinion in 2016 in Whole Women’s Health vs. Hellerstedt, which struck down Texas’ draconian state law in a similar arena.

I once wrote that President Ronald Reagan gave us the “gift” of Kennedy when he appointed him as his third choice in 1988.  No one could have predicted how the justice would evolve. Reagan and the 97 U.S. Senators who voted to confirm him did know he wasn’t a hardcore conservative.  But no one knows what cases any justice will face.

It’s an advantage of lifetime appointments. The appointee can continue to learn or evolve on issues, free from the partisan nonsense that has paralyzed congress, for example.  In the legal and political world, Kennedy was most often thought of as the “swing vote” on the court.  He hated the term.  He once said “the cases swing, I don’t.”

He is expected to be replaced by a pro-life, hard right partisan. Most Republicans in the Senate will celebrate the change, as will many Republican voters.

Democrats are depressed at what this will mean, particularly on abortion and gay rights.

However, I care about election and campaign reform too.  Kennedy’s record on that is awful.  While many were hopeful that he might use his unique independence during this term on gerrymandering, he disappointed by siding with the conservatives in punting on the issue.  Some, including me, wrongly thought he stayed on specifically to rule on these cases from Wisconsin and Maryland.

He authored the opinion in Citizens United vs. FEC.  I think about that devastating decision every time I see a campaign ad in Indiana in June.

Finally, he voted with the majority in District of Columbia vs. Heller, which interpreted the Second Amendment.  Even though this decision was narrow in scope, it is widely and wrongly argued that it allows virtually unlimited gun ownership.

In the final analysis, Kennedy was conservative. He voted that way far more often than he didn’t.

His retirement doesn’t represent a loss of liberal or progressive ideology on the court to me as much as it represents a loss of thoughtful consideration.  Something that is not a Trump priority.

No one should be surprised by the announcement.  He has done enough. What seems daunting though is that the progress made by his “swing” decisions will now have to be defended by voters who cherish them.

Does this retirement represent the “rounding the Cape of Good Hope?” For whom?

It is the consequences of elections that are haunting America more than this retirement. And this one was predictable.

Voters voting is the only meaningful response.