The language is not too complicated here in “real” America 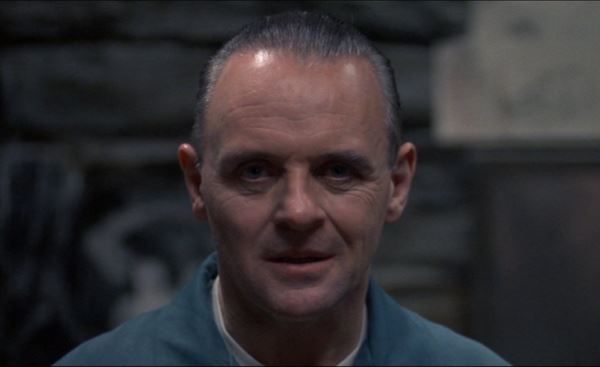 Much of America learned the term “quid pro quo” from Hannibal Lecter and Clarice Starling in the 1991 classic movie “Silence of the Lambs.” The psycho serial killer, Lecter, was willing to trade information about another killer with FBI Agent Starling in exchange for information about herself. Both could argue they got the better end of the deal.

The Latin phrase literally means “this for that.” It doesn’t necessarily mean something corrupt, but whenever I hear someone speaking in Latin, I become suspicious. When I hear this particular phrase, I think of Anthony Hopkins’ performance as Lecter.

In the impeachment inquiry, I’m glad we have moved on from the use of the Latin phrase. The word “bribery” is so much more pleasing to the ear. Of course, bribery’s meaning is corrupt, and it is mentioned specifically in the Constitution as an impeachable offense. Speaker Nancy Pelosi made the declaration that the inquiry will establish that bribery occurred and not just some other now routine act of offensive behavior from the president in her weekly press conference.

Trump defenders immediately entered the translation sweepstakes, claiming that since Ukraine never announced its search for dirt on former Vice President Joe Biden and since the U.S. military aid ultimately was received, bribery could not have occurred. Laura Ingraham, of Fox News went on a rant Thursday night claiming that “attempted bribery” is not listed in the Constitution, and therefore the accusation by Democrats is “another swing and a miss.” Of course, Ingraham specializes in language misses.

What she and many others might see as a failed attempt at corrupting an allied country and our 2020 election, actually is defined by federal law as, you guessed it, bribery. 18 USC § 201 (b)(2) states that an official commits bribery when he “corruptly demands, seeks, receives, accepts…anything of value personally…in return for being influenced in the performance of any official act.” The act of bribery occurs even if the payment is never made or received. By merely seeking it, bribery has occurred.

While the legal definition of bribery may have some confused, it has the benefit of being an English word and not some awkward Latin phrase. Therefore, it will likely lead to a broader and more helpful understanding in real America.

“Real America?” What is that and where exactly is it on a map? I discovered this mythical place after the Alabama/LSU football game last Saturday. President Trump attended the game, his third sporting event in as many weeks, and was finally greeted with mostly applause and loving support. His Twitter supporters at last could tweet out video of a standing ovation from the crowd in Tuscaloosa to offset the booing that he got at the New York UFC fight and the Washington, DC World Series game in the weeks prior. Rep. Jim Banks (R-IN) tweeted out the video labeling it an “incredible reception for our President in real America.”

Huh? That’s not your state or your district, congressman. Is northeast Indiana real too? Or does your district need to stand and cheer for Donald Trump before they receive that designation?  I think we need to get the president up to a Fort Wayne Mad Ants basketball game ASAP and at least give the folks from the area their shot to show their congressman how real they are.

In fairness, it turns out Rep. Banks didn’t coin the term. Conservative pundits had all been speaking off of that script in unity last Saturday. I lost track of how many supporters of the president referred to the Alabama crowd as “real America.” Ironically, ‘Bama lost the big game and their 31 game home winning streak later that afternoon.

Finally and sadly, there was another school shooting on Thursday in Santa Clarita, California. As of this writing, two students had been killed and three others were wounded by another 16-year-old student. He brought a .45 caliber, semi-automatic handgun to school and in 16 seconds emptied the gun on his five victims before using his last bullet on himself. It was the shooter’s birthday.

Vice President Mike Pence commented the Trump administration remains “resolved to bring this scourge of school shootings to an end” and that they “will not rest or relent until we make our schools and our communities safe again.”

Really? That is quite possibly the most offensive language of a week that has been full of it. There is zero evidence to back any of that up, and Pence knows it.

After the next inevitable school shooting, I recommend the VP lie to us in Latin.