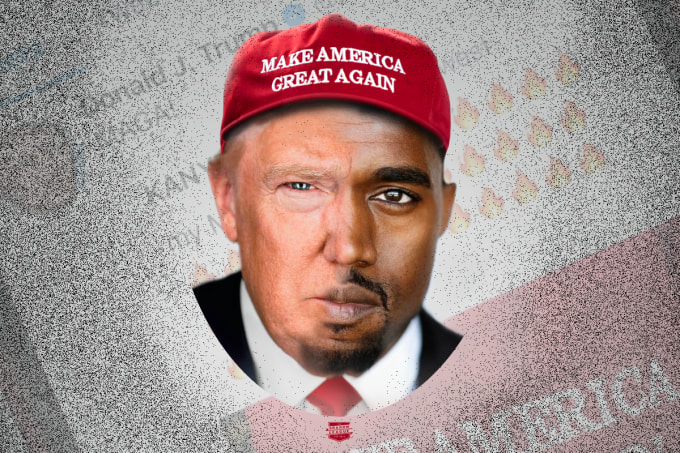 photo courtesy of The Shadow League

Kanye West must be wildly talented.  I wouldn’t know, but I assume that to be true.  How else could his public behavior be tolerated?

My first memory of West was when he stormed the stage and interrupted Taylor Swift’s acceptance speech for best video at the 2009 MTV Video Music Awards.  The feud between the two celebrities has had many episodes since then, though I just don’t care enough about it to look too deeply into the details.    I am only slightly aware of Swift’s talents, mainly on a second hand basis, and from feedback from her September show in Indianapolis at Lucas Oil Stadium.  I heard it was incredible.

I missed her show. We were busy enjoying the Jason Isbell show at White River State Park a couple of blocks away.

This is not entertainment news though.  My editorials are usually governmentally or politically based.  Oh, sure I will write the occasional piece about a personal experience or I will review and discuss a book I just read.  But in the past week, Kanye and Taylor have entered the political fray on behalf of different people, and different parties, and for apparently different reasons.  Their entrance is meaningless to me, but it must mean something to someone.

On Sunday in an Instagram post liked by more than 2 million people, Swift endorsed Phil Bredesen, the Democratic candidate for U.S. Senate in Tennessee.  I don’t know if that matters.  I do know that some unscientific polling was released this week that Republicans believe show a backlash in favor of their candidate there.  But there is one thing that I believe did matter in her post. She made a plea to young people to register to vote and gave directions how: “Go to vote.org and you can find all the info.”  Vote.org reported 69,000 people registered within 24 hours of the post.  Pop star Rihanna put out her own similar request on Monday.  By Tuesday, another 100,000 people had registered there.  Most of these registrations were from young people. The organization registered only 190,000 in the entire month of September.

I saw the word “celebrification” for the first time this week.  I actually don’t think it is a word, but it is being used as one.  Merriam-Webster and Dictionary.com don’t include it.  Informally, it means “the introduction of celebrity as a factor in some field or discipline.”

During my lifetime, celebrities have regularly entered the political debate. As I have gotten older, their political views have grown more insignificant to me with each passing year.  For the last several years, I have noticed that artists whose work I enjoy, and who also speak up about a political issue, rarely surprise me with their views.  My favorite artists are songwriters and comedians.  These genres use words in their artistic expression, words that they have written.  So, I have a sense of their character before a political question is put to them.

Actors, painters, dancers, etc. are less predictable in their views, for obvious reasons. My advice to these folks would be to let their craft do their talking for them.  Choosing a side in the tribal environment of today’s political landscape can cost an artist fans for sure, and only maybe can attract new ones.

On Thursday, West visited the White House.  My, how far we have come since the Frank Capra classic, “Mr. Smith Goes to Washington.”  If Hollywood producers aren’t pitching a sequel right now, it’s their own fault.

In what has become predictable fashion, the media spectacle that the visit created was highlighted by an incoherent rant by the musician about a smattering of topics that cannot be categorized adequately here. But I was stricken by the largely unnoticed presence of NFL Hall of Famer Jim Brown who was also in the Oval Office with West.  Brown has been an activist since the 60’s. His legacy in the space is complicated.  The Cleveland Summit happened more that 50 years ago, and what likely seemed simple at the time, it is now clear that it was not.  I encourage all to read about it for today’s context. 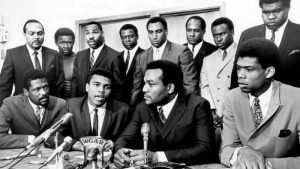 Kanye West’s visit to the White House was awkward, weird, chaotic, etc., all descriptives from media reports.  But that’s who he is to me any other day. His bromance with President Trump comes from their shared attraction to the easiest publicity stunt available.

Swift had a measurable impact this week.  As far as I can tell, West did not.

They both probably lost some fans. Luckily, I think they both have a few to spare.