Mueller’s story is a far scarier one than Trump’s 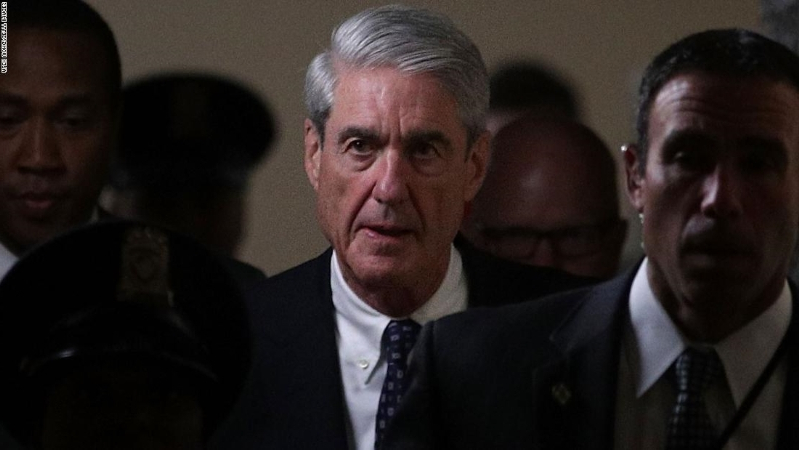 “The Mueller Report” turned out to be a thriller compared to Wednesday’s committee testimony. Only a few Americans have read the book. Not many more watched the live performance this week either.

I usually prefer my horror stories on the big screen, not in paperback.

I bought the Pulitzer Prize winning book, “To Kill A Mockingbird,” after I saw the play on Broadway last month. The play was nominated for 9 Tony Awards, with Celia Keenan-Bolger winning for “Feature Actress.” I also loved the 1962 movie version which won three Oscars, including one for Gregory Peck as “Best Actor.”

This story seems to win the big awards no matter what the medium. Of course, it’s not a horror story.

The Mueller Report won’t win a Pulitzer Prize. And Robert Mueller’s performance on Wednesday won’t win an Oscar or a Tony Award either. No matter.

The hearings on Capitol Hill on Wednesday changed absolutely none of the facts and conclusions written in the report. In fact, after having watched the entire Judicial and Intelligence Committee hearings, it was clear to me that no doubts were even raised by committee members about the report’s key findings.

Russia did interfere with our election in 2016. The Trump campaign welcomed that interference. The interference was designed to help Trump win. The president then committed several acts to obstruct the Special Counsel’s ability to investigate the matter.

Only a small popcorn was needed for that movie.

The political structures in Washington are failing America right now. The president and many of his administration and campaign members were investigated during Mueller’s probe. Many committed crimes and have or are currently serving their post-conviction sentences. It looked like a criminal enterprise during the investigation, and continues to look like one today.

The president never agreed to speak to investigators. Mueller never subpoenaed him and reported on Wednesday that his reasoning for not doing so was out of expedience. Mueller was less forthcoming on why he did not subpoena Donald Trump, Jr.

America has grown numb to what has always been obvious about this saga. At no time during the last two and half years has our president led the effort to protect our elections from being manipulated by foreigners. He has resisted acknowledging that it even occurred. He now appears to be alone in that resistance, judging by public comments.  But the political fear of crossing him makes the Senate appear to agree with him, even though they won’t actually say that.

Senate Majority Leader Mitch McConnell blocked votes on two election security bills on Wednesday, the same day of Mueller’s testimony. That is not because McConnell wants to appear to not care about the issue. It is because McConnell doesn’t want to cross Trump. And to Trump, a vote like that would imply the 2016 election was not legitimate, and therefore his presidency isn’t either.

On Thursday, the Senate Intelligence Committee released its report detailing the extensive interference it uncovered through its own investigation. I expect McConnell to ignore this report.

So, while many Republicans in Washington know what the obvious right things to do are, their fear of Trump paralyzes them.

Democrats have the same fears.

Should the House impeach Trump for acts established in Mueller’s report? Of course they should. Further hearings are not even necessary do so. The report itself should serve as the congressional version of this indictment.

None of the witnesses from Trump’s team are willing to comply with a subpoena. So, what are Democrats waiting on?

They are waiting for the decision to impeach to become easy. It won’t ever be easy for those in competitive districts.

President Trump is not scared to do and say ridiculous things. Among the most ridiculous has been his avoidance of securing our elections. Since his inauguration, he has met with Vladimir Putin six times. He has spoken with him on the phone ten times. They have exchanged four letters.

Trump did not speak with Mueller and his team once.

The cases against Presidents Andrew Johnson, Bill Clinton, and even Richard Nixon pale in comparison to the one against Donald Trump. Impeaching Trump is a no brainer on the basis of fact and precedent.

That the Senate won’t convict him is not an adequate excuse for the House to not impeach.

Both parties and both chambers act scared of Trump’s political spook stories. Fear is no foundational principle by which to govern.

And by the way, the Mueller spook story is a far scarier one. No matter what the medium.