My dog loves water, but hates the rain 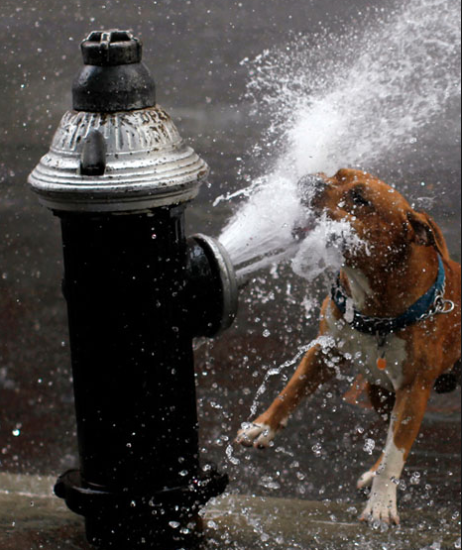 There are two things that were a part of my wife’s childhood that will always be a part of her soul. The lake behind her house and dogs. Her family has always had golden retrievers, and those dogs love going swimming in that lake. Managing dog swims is a predictable dance every time we visit the in-laws at their Lake County home.

I was hoping by now I would be writing entire columns about dogs and lakes. We are into the third week since the November 3 election, and with the exception of Georgia’s two U.S. Senate races, the outcomes are clear. But as many expected, outgoing President Donald Trump has not conceded defeat to President-elect Joe Biden and has not allowed for the official work of the transition to begin either. The concession likely won’t ever come. It would be a remarkable event for a person unable to admit defeat or even minor wrongdoing. However, at this point in this saga, who really cares?

But the transition actually matters, and it is inevitable. All that is left to decide is how that transition is done. Much discussion has centered around the “peaceful” or “orderly” presidential transitions we have always experienced throughout our history, and most believe that the Trump Administration will actually vacate the office without force. It is clear though that his parting shot is to entrench a lack of confidence in our democratic processes and the legitimacy of his successor’s authority.

This effort is almost uniformly failing in the legal arena, with numerous defeats in multiple states. Their legal team reminds me of the Washington Generals, the designated stooges of the famous Harlem Globetrotters basketball circus. Over the years, the ‘Trotters beat the Generals in over 16,000 games. But don’t feel bad for them, they did win three.

Unlike the legal initiatives, the Trump propaganda campaign is actually having great success. According to recent Reuters/Ipsos polling, over half of Republicans across the nation believe Biden’s victory was due to a rigged election and that Trump “rightfully won.” That is a staggering number of Americans who appear to be abandoning America. And it is no mistake.

Jonathan Rauch, of the Brookings Institution wrote an excellent piece about the “firehose of falsehood” campaign we are seeing now from the loser of the election. He explains how the strategy of challenging everything imaginable, no matter how ridiculous the individual challenges may be, can and are having persuasive value. This propaganda strategy sounds like a metaphor I might create, but it actually is a wartime specialty of, you guessed it, Russia.

Sources inside the White House are claiming this is payback for the Democrats not recognizing the legitimacy of Trump’s victory in 2016. Of course, Hillary Clinton did concede her defeat the day after the election, and President Obama met with then President-elect Trump in the White House the day after that, marking the beginning of that transition.

Again, though, the Trump administration did not take its own transition to power seriously and use the invaluable time and resources available between the election and inauguration to prepare itself to govern. Michael Lewis details part of it in his book, The Fifth Risk. The book details the no-show approach of the 2016 transition at the Departments of Agriculture, Energy and Commerce. The Trump team’s disdain for transitions began with the one elevating it into power. Their lack of patriotism is energizing their unwillingness to participate in the one removing them.

The result is the failed president’s parting shot at America. The fire hose strategy is obvious. But Trump’s loyal followers are gleefully playing in the water being sprayed all over them like children on a city street next to a spewing fire hydrant on a hot summer day.

This latest chapter in the saga of the Trump presidency could actually be the last, but even if it is, we are still two months away from its end. And the concept of time has become one of the more tragic casualties of 2020.

Five years ago, my wife and I adopted a rescue dog that is some sort of labrador retriever and pit bull mix. His favorite thing in the world is going to visit my wife’s childhood home and running straight for the water as soon as we arrive. I honestly believe if he could figure out a way to sleep in that water, he might not ever come out.

But that dog won’t go outside in the rain. Especially when we really need him to.

He’s starting to remind me of someone.