No one wants to be called racist 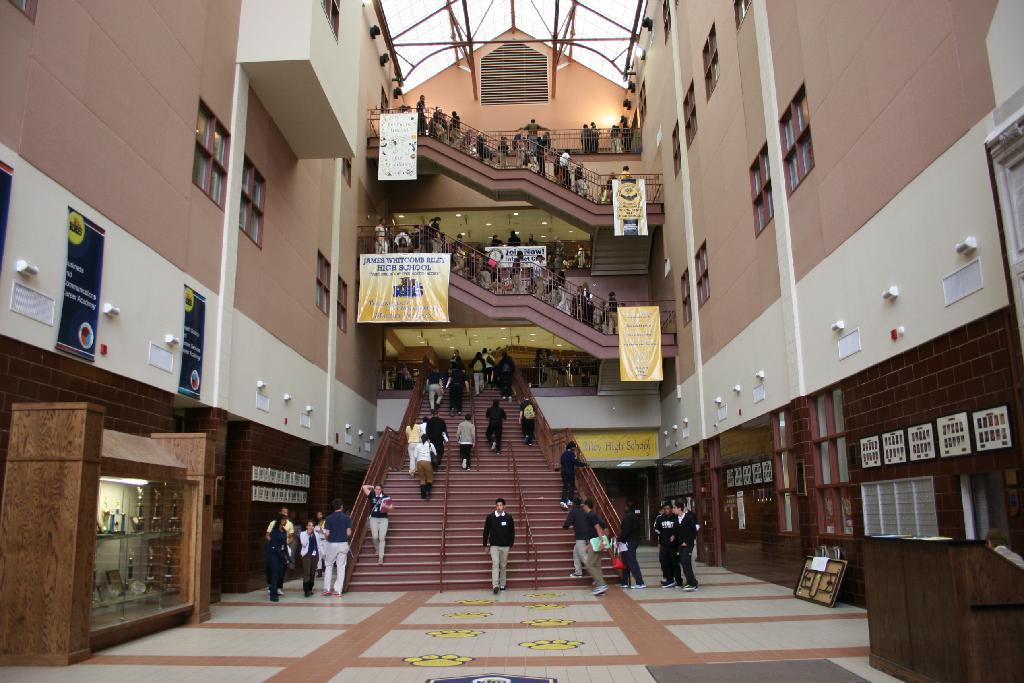 A sad chain of events occurred in and around the Indiana House of Representatives last week. The dust up grew out of the debate on House Bill 1367, a bill that establishes a two-year pilot program allowing the John Glenn School Corporation (JGSC) to initiate a “disannexation” process for portions of the South Bend Community School Corporation (SBCSC).

Not familiar with the term, “disannex?” Neither is my go-to online word site, Dictionary.com. Microsoft Word and WordPress both had no suggestions for what both programs assumed was just me typing gibberish again. But good old Merriam-Webster had it, whew. Simply put by the standard of dictionaries, the word means “to undo the annexation of.” In the context of the JGSC, it is the effort to take territory from South Bend schools, involuntarily, and merge that territory into its own. House Bill 1367 allows for a hostile takeover of school district turf.

What does any of this have to do with race? In practical terms, JGSC wants to take an SBCSC area that is home to largely white students and add it to its already overwhelmingly white district. And South Bend’s already minority white school population will become even less white as a result. It sounds a little like a step toward re-segregration of South Bend. Oh, and one important obstacle that exists in South Bend is a consent decree entered into by the school district and the U.S. Department of Justice way back in 1981 to desegregate its schools. As long ago as 1981 might now seem, in terms of school desegregation goes, I thought all of that had been done long before. Well, I was wrong. And yes, that consent decree is still very much in effect.

For the DOJ, the matter is entirely about race. Just last year, the DOJ was meeting with SBCSC on racial disproportionality issues regarding suspensions and expulsions, all empowered by that consent decree. It is not some dusty old document that doesn’t matter anymore, it is a living, functioning edict with ongoing jurisdiction. House Bill 1367 does nothing to change that.

So, when Democrat Rep. Greg Porter, an Indianapolis legislator who has chaired the House Education Committee, described the bill as a “slippery slope,” he was booed by Republican members. Porter ended his comments almost immediately after the out-of-order behavior of his House colleagues occurred, though it was merely the beginning of an unfortunate series of racially charged confrontations on Thursday, February 18. After the long weekend that followed, and numerous local, state and even national media reports, the body reconvened and attempted to recover.

Speaker Todd Huston did well to address the situation with a commitment to “increase focus on maintaining decorum, civility and professionalism in the institution.” The speaker gave heartfelt comments that were important and helpful, but the challenge of the body is enormous.

Let’s face it, no one wants to be called racist. People are too easily offended when an obviously biased perspective is pointed out, and too often the reaction is to object and defend the bias as something else. The racially charged confrontations last week were born out of this default position by too many members of the Indiana House.

Indiana Black Legislative Caucus Chairwoman, Rep. Robin Shackleford, called for reprimands of the behavior and for racial equity and implicit bias training for all members. Clearly, it is needed, and without this training, progress will be difficult.

Rebecca Hains, a professor of media and communication wrote an excellent primer of what is needed here for the Washington Post in 2019. “Dear fellow white people: Here’s what to do when you’re called racist,” gives five important steps to take when uncomfortable situations like the one in the House occur. Booing did not make that list.

Staying calm, really listening and expressing gratitude for the lesson are the things that I found most helpful from Hains. One thing I have personally found helpful is to stop using the phrase or the thought that anyone doesn’t “have a racist bone in their body.” All humans have biases. Accepting that fact is a vital part of working through them and improving.