Nostalgia always loses in the fight for the future 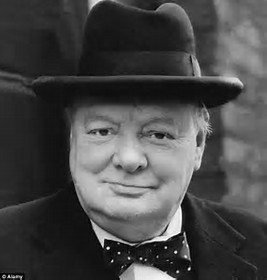 “A sentimental yearning for the happiness of a former place or time” seems to be a dominant part of the politics in charge today. The dictionary.com definition of “nostalgia” perfectly captures at least half of every debate in America right now.

I spend a good part of my time evaluating debates. Tribalism, echo chambers, confirmation bias and other buzz terms are used repetitively in my world. But it is helpful to evaluate and describe the tribes when possible so one can objectively decide if he or she is in one, or two, or more of them.

It is easy to identify partisanship. The political parties, and the loyal members of each, check predictable boxes for the most part. Is it a mystery which party resides where in the rural versus urban tension?  How about young versus old? Remember when “evangelical” was a designation within the Christian faith, and nothing more?

The tedious breakdown of what happened in Alabama this week fascinates political nerds like me, but probably numbs the brains of most.  We know, for example, that 30 percent of those voting were African-Americans which is three points higher than their share of the population there. We also know that they almost entirely voted for Democratic U.S. Senate candidate Doug Jones. Or did they vote against his bigoted Republican opponent? Either way, it tells a tale.

This is what will define the political debate in 2018: tomorrow versus yesterday.

In many ways, that is what defined 2016, though I don’t think as many voters realized it at the time.  “Make America Great Again” was a powerful sales pitch for a swath of folks who felt increasingly ignored. The mantra itself is asking for support for the way things used to be, as if that is possible. More importantly, it expresses a pessimism about our collective future that is hard to comprehend.

What about our past is so great any way?

For me, the main thing is that every significant stretch of time in civilization is somehow better than the era before it. Progress actually is what fuels the human spirit. Fighting it is a temporary and unnatural battle that always, always ends in defeat.

In the half century I have lived, our economy has drastically changed. We no longer can succeed individually or collectively based on the inertia of a manufacturing and agricultural market that “will always be there” for us. Success in today’s market takes entrepreneurship in both of those sectors like never before.

When I was finishing college in the late 80’s, my high school classmates were setting their course for life and the majority of them were choosing the certainty of a farming or manufacturing future. They weren’t competing for that future, they were choosing it.

Today, the whole world is interested in those choices, and the competition for our futures as we knew them then are threatened as a result. But we can’t simply choose to be “great” like we were thirty years ago. The old choices are no longer available like they were, and no politician or party can re-create it.

C.S. Lewis wrote “If you read history, you will find that the Christians who did most for the present world were precisely those who thought most of the next.”

This applies to almost everything in our current political discourse.

Alabama rejected bigotry this week. America was understandably angry at the Republican candidate down there because of the Washington Post’s expose of his sexually inappropriate past.

African-Americans, on the other hand, voted against the past of the entire state.

And they just barely won.

“The Darkest Hour” is my favorite movie of the year. It’s the story of Winston Churchill and his pivotal rise to power as the Prime Minister of the United Kingdom in 1940. It was pivotal because the political structure in Great Britain at the time was advocating the negotiation of a peace, or surrender, to Hitler. This would have been a move grounded in pessimism also, and one based on protecting the past while abandoning the future.

Thank God Churchill had the ability to “weaponize the English language,” in his defiant rebuke of the very thought of surrender. Life as we know it would certainly be different.

The past won in 2016 in many ways. So much of what we have seen in Washington this year comes from that perspective.  Throwback health and environmental policy early in the year was followed by an uncreative and backward looking tax bill.  All of it has been based on a sad view of tomorrow that couldn’t be more un-American.

I predict those who run on a platform of the future will sweep in 2018. Because forward is the only direction civilization ever truly goes.