Nothing matters and what if it did 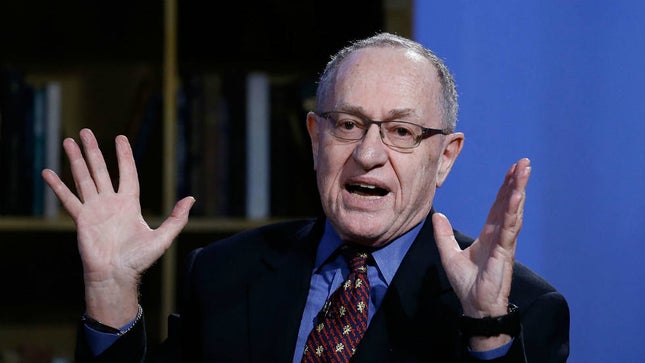 John Cougar coined the phrase on his first platinum album, released in 1980, Nothin’ Matters and What If It Did. After this release, the young rocker slowly transformed from that early stage name back to his given name, and earned his way into the Rock and Roll Hall of Fame as John Mellencamp in 2008.

I have been thinking about this phrase the last few days, thanks to a remarkable line of thought provided to the U.S. Senate by Alan Dershowitz on Thursday. What he said was “…if a president does something which he believes will help him get elected in 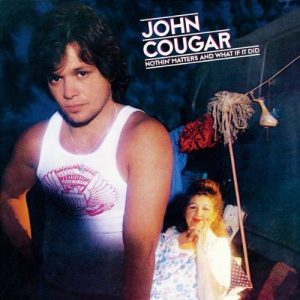 the public interest, that cannot be the kind of quid pro quo that results in impeachment.”

According to Dershowitz, nothing matters. At least with regard to the impeachment of Donald Trump, that is.

Many refer to Dershowitz as “professor,” as he was the youngest person to become a full professor of law at Harvard Law School at the age of 28. That was way back in 1967. He retired from teaching in 2013. He has had an illustrious legal career, filled with some scholarly highlights. But he is more famous for the lowlights defending men like Claus von Bulow, O.J. Simpson, Mike Tyson, and most recently, Jeffrey Epstein. He has become a tabloid-type personality, and a guest on shows from The View to Fox and Friends to Cuomo Prime Time. There apparently is no invitation for a national television appearance he will turn down.

And today’s TV media world invites him. A lot. Primarily because he will just say anything. No matter what it is that he says, he will say it with booming confidence and circular, rhetorical gymnastics so anyone who wants to believe his nonsense can find a way to agree with him. This is how the 81-year-old became an attractive recruit for the Trump defense team. They knew he was quite possibly the number one draft pick to join the team and creatively argue that with regard to the president, nothing matters.

And what if it did?

That is what the impeachment trial has become in the U.S. Senate and why Mellencamp’s classic album has been on my mind. As the presentation of the case made by the House impeachment managers wrapped up their opening last Friday, and the Trump defense slogged to a finish earlier this week, what the president actually did remained crystal clear. He withheld the use of American assets, $391 million in congressionally appropriated military aid, from Ukraine in an attempt to convince that foreign country to announce an investigation of his political rival.

Since the House passed articles of impeachment in December with an incredible amount of evidence, even more has become available. Former National Security Adviser John Bolton submitted the draft manuscript of his upcoming book to the National Security Council for a security review in late December. In it, Bolton writes of direct conversations he had with the president regarding the withheld Ukraine military aid. Former Trump insider and indicted campaign financier, Lev Parnas, has also made public an additional mountain of evidence relevant to the proceeding.

But when the Senate’s goal is to dispose of the case as quickly as possible and with a certain acquittal, none of that matters. It is a political calculation that the sooner this is over, the sooner Americans will forget about it and move on. This mindset is a big gamble for Senate Republicans though, and it is a bet that I certainly would not make.

It hinges on the idea that what they are actively covering up, through the blocking of obviously relevant witnesses, is the end of the controversy. Of course, it isn’t. Bolton’s book doesn’t even come out until March. Parnas and his partner-in-crime, Igor Fruman will also be fighting their own indictments throughout the election season. And those are just two things we know right now.

The Senate can dispose of the impeachment, but they are still stuck with the leader of their party at the top of the ticket this fall who is covered in a corrupt mass of political filth. And the election is still a little more than nine months away.

The Dershowitz argument that nothing matters and what if it did is a dangerous one. It implies that there is no such thing as an impeachable offense, under any circumstances. And he is wrong. But imagine for a moment if he were right.

Trump is the first impeached president to run for reelection, so, either way, we are about to find out.