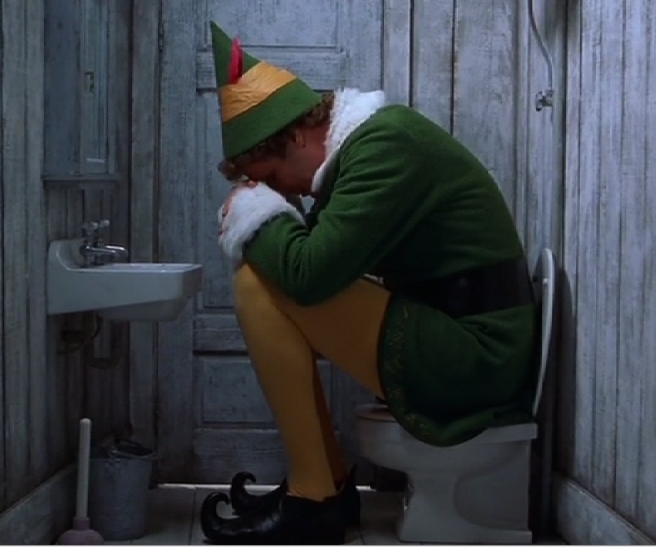 Americans just don’t talk about toilets enough. President Donald Trump made a bold move on Friday and changed that for a moment, so I am accepting that leadership and will lean into it, or take a seat on it.

I thought I would spice the topic up a little by broadening my personal thesaurus, and I found out I had no idea how to even spell the word “commode.” I also found out that a commode often means a portable toilet, but can mean other things too, like a “cupboard containing a chamber pot or washbasin.”

The holiday season is upon us, and one of my favorite things about it is that it is also Oscar-caliber movie season. I will write more about new ones in the coming weeks, but every December we get to watch our favorite holiday movies and one of my faves is Elf.

Buddy the Elf gave us some good visuals on some of plumbing’s real shortcomings in the 2003 classic. Think of the water

those North Pole fixtures had to pump to Buddy’s bathroom for routine trips like a daily shower or end phase digestive processing.

Let’s face it, some folks just need more water. More water pressure. Bigger fixtures. That’s before we even talk about the extra soap. Soap and shampoo that might be delicate to tanning-bed-skin, or additional hair conditioner needed to recover from the overuse of damaging hair-product should not be overlooked. Yes, I know a little about this stuff.

But this isn’t about me. It’s about the baffling rantings of a president who seemed to get lost in his own bathroom horrors while trying to be presidential on Friday. I’ve written it in this space many times: who says politics and governing can’t be fun?

“People are flushing toilets 10 times, 15 times as opposed to once. They end up using more water,” Trump said Friday. Which people? I’m sure Buddy did in the Santa’s Workshop boys/elf rooms, but who else?

When we talk about making America great again, I guess we could stroll down memory lane to the Hey Day of toilets. Those were the days before the Energy Policy Act of 1992, which many point to as the original culprit of the low flow revolution. Yes, you read that correctly, as part of this law signed by President George H.W. Bush, any toilets installed after 1994 were required to use no more than 1.6 gallons of water per flush. It was the first of a couple of water conservation moves that were made through Bush family leadership.

The WaterSense program that was launched by the EPA in 2006, under President George W. Bush, pushed the water conservation measure of 1992 further by certifying toilets that reduced flow by another 20% to 1.28 gallons per flush.

Both of these Republican-era policies make perfect sense. Americans waste water. It’s plain and simple, no matter what Trump says. However, I am curious now. Where in the country is it common to need to flush 10 or 15 times? Out of immense concern for decorum here, what in the world are they flushing?

Opportunities for progress still exist here though. I think we can address the president’s apparent concern and still conserve water.

My idea is brilliant: install airplane toilets in homes. Again, I would never have thought of it if not for Buddy.

One of my favorite scenes in the movie is the mail room scene. The old school mail tube systems are presumably dying in big office buildings in the age of the internet, but who didn’t think they weren’t cool just like Buddy did. The vacuum system used in 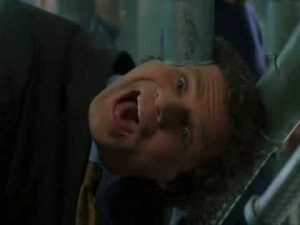 those “eww, sucky” tubes, reminded me of the toilets on commercial airplanes.

Airplane toilets use an active vacuum instead of a passive siphon. The vacuum does all of the work. Most only use a half a gallon of water or less. I am a little disappointed in my brilliant idea though, apparently there already is a market for home installations of these kinds of toilets.

Imagine the possibilities though. With all the money they save on water conservation, middle class Americans could install gold airplane toilets like those that have become so common these days. OK, maybe not common, but notorious.

On the campaign trail, I can see this firing up a crowd at an arena as well as anything else. Particularly those arenas Trump uses for his rallies known for their bathroom lines, which is of course all of them. “Build that wall” could just as easily become “Flush That John!”

You heard it here first.