The opposite of love is indifference 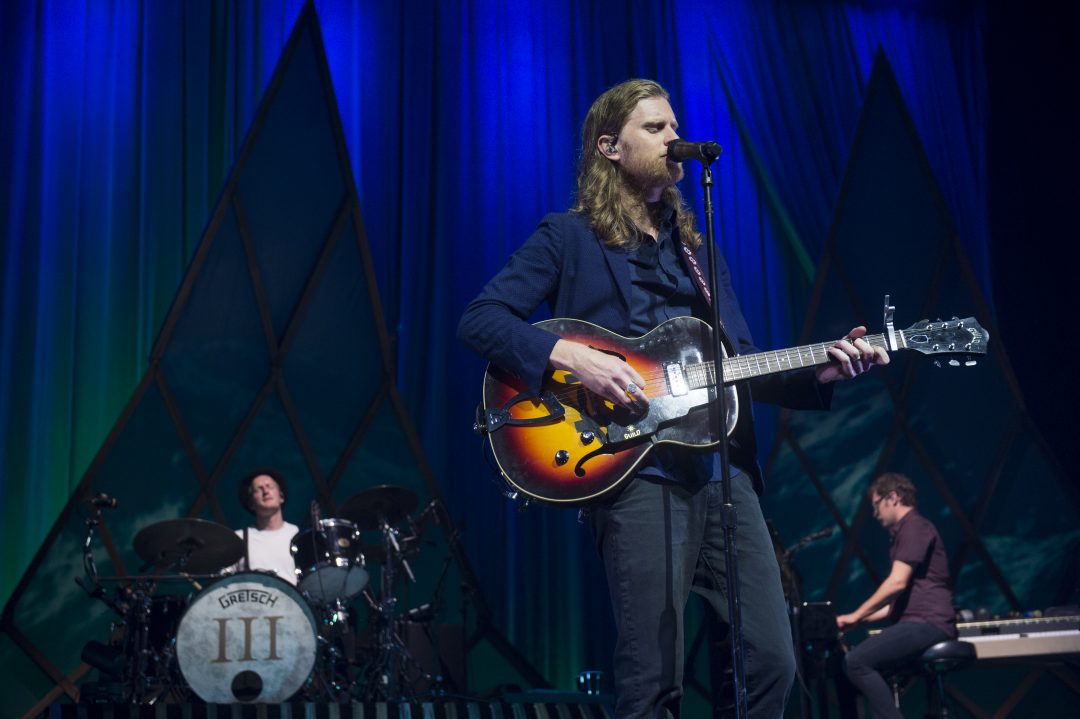 The poetry of my life can be found in song lyrics that have stricken me over the years. Modern music supplies the verse for most of our lives. I never thought it mattered all that much until last week when I went to see the Lumineers at Bankers Life Fieldhouse in Indianapolis.

“The opposite of love’s indifference,” is a favorite lyric of mine from “Stubborn Love,” which the band played last during their encore last Tuesday night. Think about that one. The emptiness that comes with apathy is far more dreadful than what is more commonly known as love’s opposite. “It’s better to feel pain than nothing at all,” is the line immediately preceding.

I don’t know what any of that specifically means to songwriters Wesley Schultz and Jeremiah Fraites, but I know what it means for me. It helps me remember what is important–what life’s priority should always be. And not just for me, but for anyone.

It’s the kind of thing that helps us cope with life’s scariness, like the coronavirus.

These little utterances don’t mean anything without context. As with poetry, music often inspires a listener to find that context on their own. That is its power. The band didn’t write “Stubborn Love” to tell a story about roses, candies and puppy love, but what I hear in it reminds me to send a Valentine that might have gone unsent.

It’s certainly nothing new, but thank God for music. Maybe it will help us face the latest “correction” of the stock market, and the consequences that come with it.

The Lumineers threw me for a loop with their presentation of songs from their latest album, III. It’s a collection of nine interrelated songs that tell a story about Gloria, Jimmy and Junior Sparks, a tragic cast of mom/grandma, son, and grandson fictional characters. I had only listened to the songs isolated from one another before the show, and really had a “meh” reaction to the album. But when told in a live performance, it was a operatic, and after seeing it performed by the creators, I am now captivated by it. And now that I know what the words mean to the artists who wrote it, I won’t listen to it the same way again.

There are pros and cons with that. The good news is the mystery is solved, and that is also the bad news. The mystery made me think a little more about my own meaning.

During a recent research project, a colleague came across a great infographic about The Beatles. This illustration about their body of work is fascinating. Maybe it’s because I was only about five-years-old when

they broke up, but I never thought of Lennon and McCartney as primarily writers of love songs. But they were.

What was the research project about? Storytelling. I spend so much time reading and listening to stories that have absolutely nothing to do with love, I forget to make time for the good stuff.

Good storytelling can help us deal with the anxiety of the latest most important presidential campaign and election season of our lifetimes. I believe it this time, so let’s pick some good stories or other art to get us through it.

As a young student, I remember being assigned Shakespeare. Laboring through it was all I was capable of at the time. I didn’t want to read it, and worse, I didn’t want to understand it. Sadly, there’s not enough time to read all the things I have had a chance to really read but didn’t. Of course, as much as that sounds like the kind of thing an old person might say, there never could be enough time. We will just have to embrace the art we are lucky enough to consume and appreciate it like its all there is.

Keeping art a priority can be more useful than we often realize. It will help make sense of so many things. Winston Churchill once responded when asked to cut arts funding in favor of the war effort with “then what are we fighting for?”

Going to a concert on a Tuesday night during a busy season would be an easy thing to skip, especially for an older man like me. While “skipping it” might be the convenient thing, it also can become a bad habit.

It leads to the horrible feeling of indifference. And that emptiness is the worst of all things. Those hipsters from the Lumineers might be on to something.