Pandemics and politics can’t keep art from us 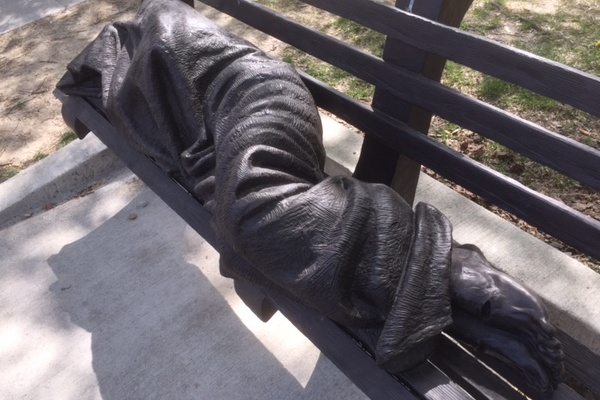 The art deprivation part of 2020 started merely as an annoyance. Whining about all of the postponed and cancelled performances for which I had tickets was an early pandemic hobby of mine. And I had plenty of friends to do that with.

The Nathaniel Rateliff show was the first postponement for me. It was originally set for March 17 at the Old National Center, and even though I am not sure I even enjoy his music all that much, he has a reputation as a phenomenal performer and I was willing to give him a shot at converting me. As a young person, I would have never spent money on a show I was merely curious about.

But I am plenty older than I was way back in March.

Next, I thought I was in on a comedy secret when I landed low dollar seats to see Brian Regan, one of the current kings of stand-up, at Helium Comedy Club. What was the big deal? I have seen Regan twice, but only in 2000 seat theaters, not 275 seat clubs. But that April 10 show got cancelled too.

So, music? Denied. Comedy? Nothing to joke about here. And don’t even get me started about Broadway being shut down. Even movie theaters spent most of the year either closed, or lacking in quality new content. Again, that is all just more whining.

I was starting to get used to the absence of these things. Oh sure, I was consciously mad about it just like everyone else has been. But I actually think the lack of my preferred art forms was turning my brain into mush. Yes, an even mushier form of the existing mush.

The “entertainment” of a big election filled some of the time the lack-of-art void had created. That is quite possibly the saddest sentence I have ever written. The good news is that no matter what any deranged person or his followers might think, the election has now been over for a month.

How do I know that? Other than the completion of the simplistic, yet tedious task of, you know, counting the votes, I have other proof. No, the circus has not come back to town and I don’t have tickets.

I have returned to books!

Actually, I have a stack of them I have been meaning to read and it was a stack that had started to look a little daunting. So of course, I bought and read one I didn’t have: The Fifth Risk by Michael Lewis,  and I did it again with Talking to Strangers by Malcolm Gladwell. After those two, I returned to the stack and finally opened Hank Green’s second-in-a-series, A Beautifully Foolish Endeavor. Who says a 53-year-old can’t understand young adult fiction?

My wife and I took the time to watch a new Netflix series, since we haven’t been to the movies since last Oscar season. The Queen’s Gambit was wonderful in a half a dozen different ways, even though in my house of three chess players, I am solidly running third.

I need this stuff. Most of us do. It helps us think more clearly. I don’t know how, but that’s what art does for me.

I walk more than I drive–it’s one of the benefits of living downtown. But when I do drive, I often get caught by the light at the corner of Alabama and Vermont Streets in Indianapolis. That is where the Indianapolis version of “Homeless Jesus” resides, just east of the sculpture’s host, Roberts Park United Methodist Church. The classic work by Canadian Timothy D. Schmalz catches my eye more than any public art in town. I’m not really into sculptures, but that one sends me into a trance on a regular basis.

In the COVID world, I need to make a point to walk by it. And why not? It’s almost perfectly placed halfway between the murals of Mari Evans and Kurt Vonnegut.

In April, Stephen King tweeted “If you think artists are useless, try to spend your quarantine without music, books, poems, movies and paintings.” I remember the tweet, because I quoted it in a column then, partially as a commitment to not let art slip away from me when I needed it most. But then I kind of let it anyway.

That is all over now.

Spotify tells me I listened to 155 new artists in 2020. That surprised me. What didn’t surprise me is how many times I listened to Green Day’s “American Idiot.” I commit to giving that one a rest in 2021.