Pence’s days on the GOP ticket could be numbered 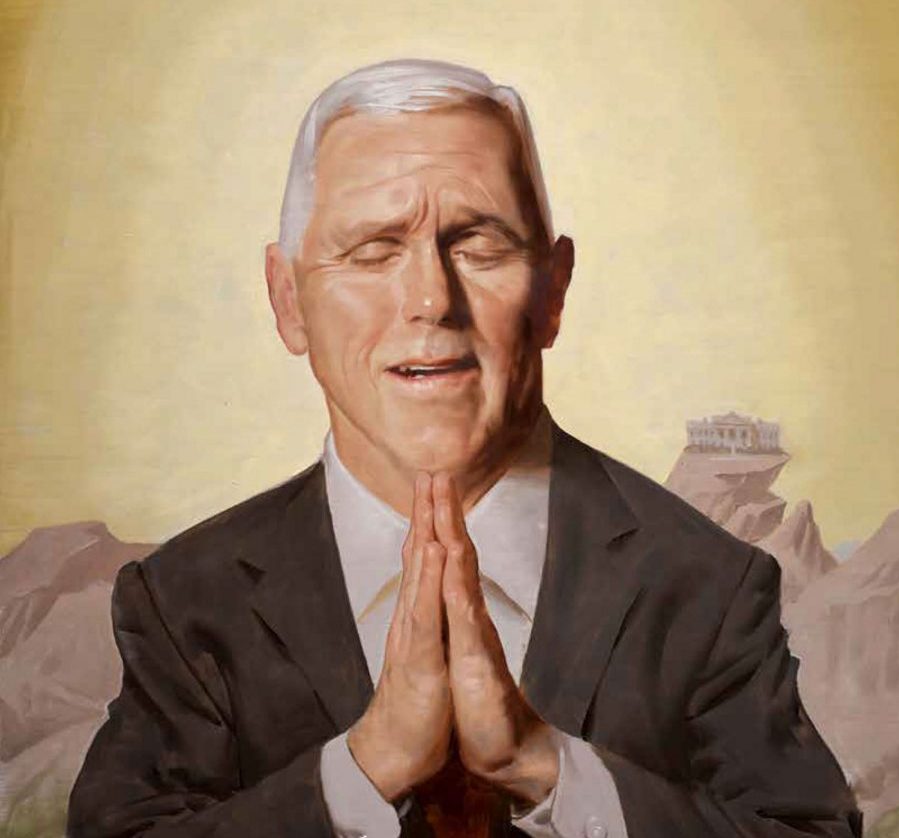 Imagine it’s two weeks from now. Joe Biden has chosen his running mate and his choice does not scare or enrage anyone. And of course, that running mate is a qualified woman. The virtual GOP convention is about to start.

As Donald Trump’s campaign manager, what exactly would you tell him to do?

If he really wants to jump start his campaign without magically transforming into someone presidential, he doesn’t have many options. Trump could get us into an unnecessary military conflict to change the story or tap into that “rally around the leader” sentiment to which Americans are so apt to adopt. That’s unlikely now, or he would have done it already. Though right after the pandemic set in as a crisis in late March, that “rally” bump showed up in Trump’s numbers. The bump didn’t last long.

It is a desperate move, but the campaign has almost certainly thought about it. Maybe they have even discussed it. That’s right, replacing Mike Pence is an option. Desperate though it may be, of all the choices available to the Trump campaign that could inject some energy and move some lost supporters back into the Republican supporter column, a VP change is the simplest move available. Ed Kilgore lays it out well in New York Magazine last month.

Sound ridiculous? First of all, it absolutely is ridiculous. But desperate times call for desperate measures. Most politicos attribute Trump’s sagging poll numbers to the catastrophic response to the pandemic. Pence is in charge of the Coronavirus Task Force after all, and blaming him for the administration’s failings would be convenient. It would be nonsense, but convenient. More importantly though, it is difficult to argue that Pence is helping the ticket in 2020 the way he did in 2016.

Four years ago, Pence’s role was vital to the GOP victory. Not only was his performance on the stump impeccable for the team’s cause, he helped secure the Evangelical vote for a president who should offend that demographic like no other president in history. Fast forward to 2020, and it is now safe to say that any supporters left from that voter group still planning to vote Republican won’t be doing it for Pence, but will be doing it for much deeper betrayals of their faith.

How does this reel back in the “true conservative” voters who have had enough of the incoherence of the last four years? Replacing Pence won’t help, but a vacancy on the U.S. Supreme Court might. Justice Ruth Bader Ginsburg’s health challenges have people saying some of the quiet stuff out loud this summer about a possible third vacancy for Trump to fill. But more likely are the conversations about convincing a retirement out of Justice Clarence Thomas or Samuel Alito to provoke a nomination and confirmation process of, say, Judge Amy Coney Barrett. That would shake things up more than replacing Pence, but it would also take an act of loyalty to the party that would shock even me.

It’s hard to be profoundly loyal to a party whose platform may look sharply different in 2024, maybe earlier.

If it were a simple move to make, former U.N. Ambassador Nikki Haley as the VP nominee could help them a little with suburban women and people of color. Senator Marco Rubio on the ticket might help Trump win Florida which is a must have if a 2016 repeat is even possible. But I don’t think it is safe to assume that ambitious people like these two would even agree to do it. It will take some elaborate future game-planning for anyone eyeing a near-future run of their own.

Finally, what would Pence do if he was told he was out? It would likely be announced via Tweet, while the VP is out of town relentlessly campaigning for his soulless boss in a swing state like Iowa or Texas. Some people might react to a betrayal like that with open rage and airing dirty laundry of epic proportion. In this case, it would be entirely justified given the moral-swallowing exercise that Pence has endured for this crap job. But it would be off-brand of the Hoosier nice guy to suddenly show some authenticity and tell it like it actually is. Though that would be fantastic.

The GOP convention is a little over two weeks away, and something’s gotta give for Trump. If he really wants to win, he needs to throw that Hail Mary now. It’s ironic that holy Pence could be the one who gets tossed.