Plenty of political foolishness can now be jammed in a week 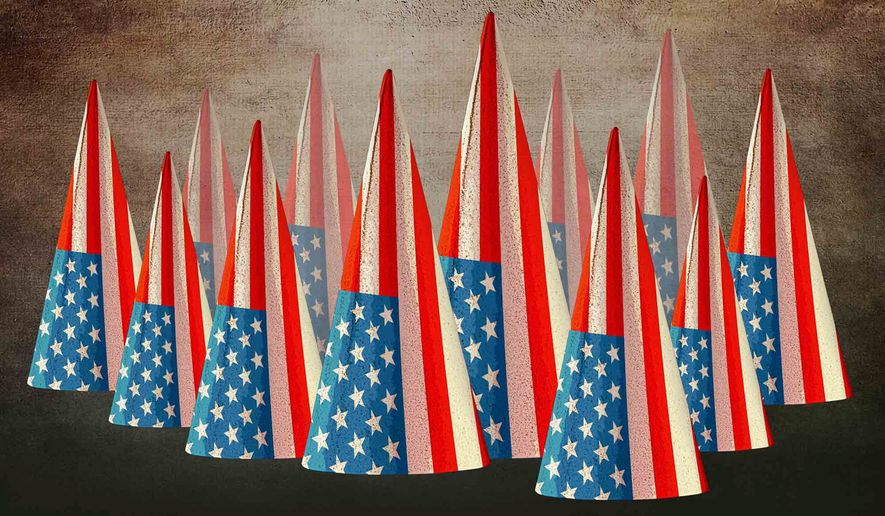 This week I tweeted in reference to a particularly low I.Q. political move that, “It’s a week full of stupid.”  To which I got an immediate response from a local media personality, “…and it’s only Wednesday.”  My wife tells me to stop using the word “stupid,” and as much as I try, I find that challenge keeps getting more difficult.

Let’s see if I can get the highlights of this partial week into my allotted space with limited “stupids.”  It won’t be easy.

Indiana Attorney General Curtis Hill has had a group of friends establish a legal defense fund titled “Fairness for Curtis Hill.” It is expected to be a non-profit organization, and that is on purpose.  The purpose?  It’s for Hill’s political friends to contribute unlimited funds to help him out of a jam of his own making, and without having to publicly declare it.  It’s the most egregious end run around campaign finance laws I’ve ever seen.  And it’s being done in an effort to assist the state’s top lawyer, who should be the most intolerant of campaign finance violations, as AGs are in every other state.  Obtuse.  That’s my word here. There is no political recovery from blatant disregard of campaign law.

President Trump’s tariffs have predictably begun to hurt America’s farmers.  America’s farmers overwhelmingly voted for Trump less than two years ago.  In response to what was a certain outcome of the original ignorant tariff idea, the Trump administration compounds it by developing a $12 billion program to help the farmers that his original ignorant move hurt.  Of course, that $12 billion in tax dollars was generated by a more diverse taxpayer base.  And if you believe recent polling, at least 60% of those taxpayers already disapprove of Trump.  So, the logic could be that those unappreciative taxpayers should subsidize the appreciative ones.  Heaven forbid the farmers see this for what it is:  their leader turning on them.

On Wednesday, eleven members of the GOP House caucus filed articles of impeachment on Deputy Attorney General Rod Rosenstein.  For those keeping track at home, this is the GOP trying to impeach someone from the GOP, who is working on an investigation that might end in a different impeachment of someone else in the GOP.  And this little move is as shallow as the Trump Nobel Prize nomination.  But since Indiana’s Reps. Luke Messer and Todd Rokita did not win the GOP nomination for the U.S. Senate seat up for grabs here this fall, they decided to skip this vacuous move.

Former Fox News executive, Bill Shine, is the president’s new director of communications and deputy chief of staff.  His hire was announced on July 5.  On July 25, Shine and press secretary Sarah Sanders called CNN’s Kaitlan Collins into their offices to express their unhappiness about Collins’ questions to the president about the Michael Cohen tapes.  They told Collins the questions were inappropriate, and in response, she would not be allowed to attend an event in the Rose Garden later that day that was open to the media.  Even Fox News slammed Shine and the White House for this stunt.  Much like they did following the Helsinki performance last week.  It takes a lot for this White House to draw the ire of Fox, but they have managed to do it in consecutive weeks.

Secretary of State Mike Pompeo appeared before the Senate Foreign Relations Committee on Wednesday.  The meeting was scheduled before the Helsinki summit, but it became the topic.  There were plenty of hot takes in this hearing, but one stood out to me.  Pompeo answered tough questions about the differences between Trump’s gaffes in Helsinki and on Twitter with what U.S. policy is.  Often the two things clearly do not match.  Pompeo was so overt about that tack that he went too far one time.  He said: “the policies are in fact statements, in fact they are the most important statements.”  This implied that the president’s words outside of our nation’s informal policies are less important.  Never in our nation’s history have the president’s words played second fiddle to a bureaucracy’s “policies.”  Pompeo is not being, uh, vapid here.  The situation is simply untenable with this president.

That is quite a list.  And now it is Thursday while I write this.  By the time many of you see this on Friday, I expect much of this to have been outdone by other acts of dull-wittedness.

See, I can learn new words.

If only these political leaders would just stop being stupid.  Whoops, sorry about that.