‘Profiles in Ignorance’ are so common they are hardly noticeable 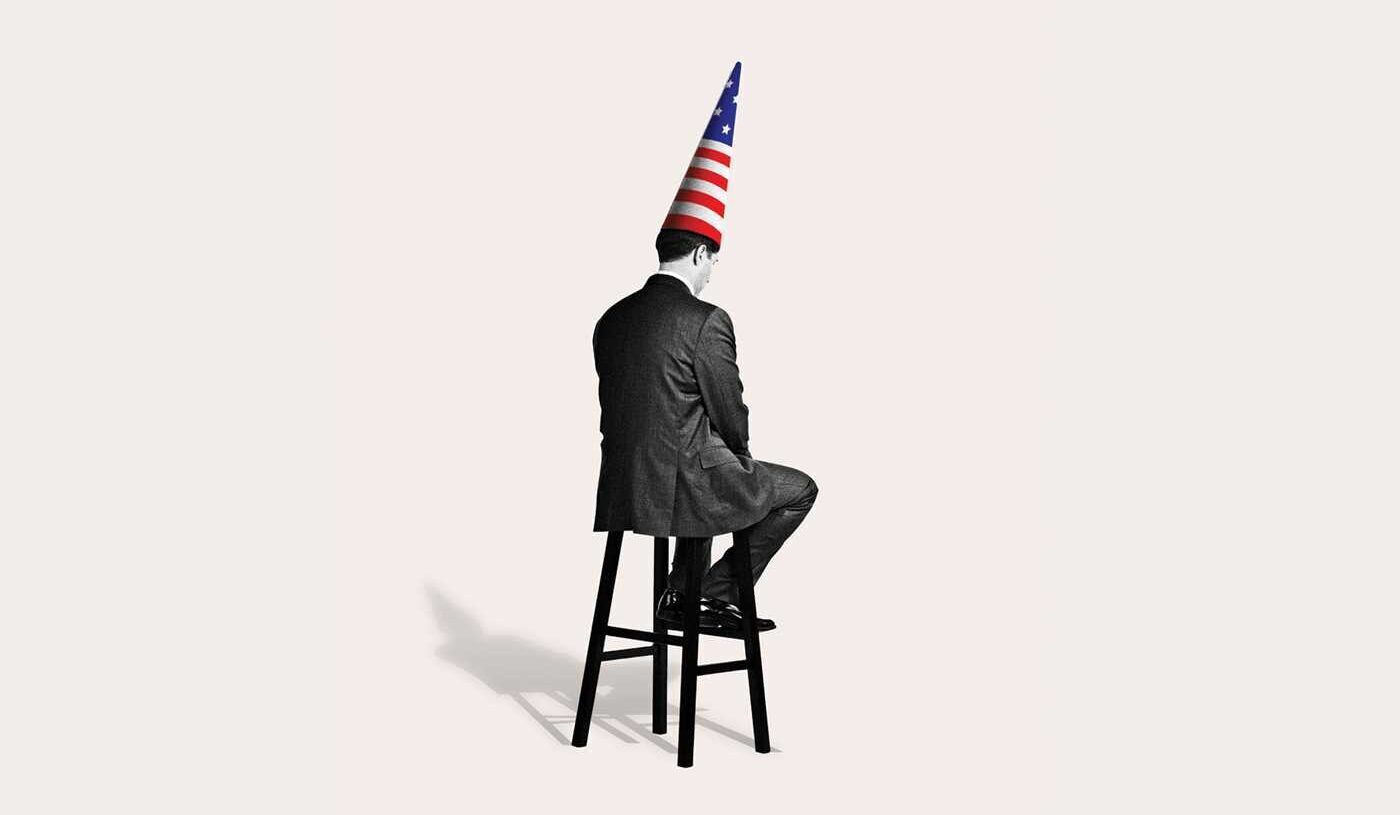 When I first heard about Andy Borowitz’s new book, “Profiles in Ignorance,” I knew it was moving to the top of my must-read stack. Then I found out he was reading the Audible version himself, and so I am now that guy walking down the street who spontaneously bursts into laughter at seemingly nothing.

As anyone who is a Borowitz fan, yes, the book is hilarious. Unless you consider yourself a “Reagan Republican,” or if you are merely willing to admit that you know Dan Quayle, that is.

The book is a discussion of the three stages of ignorance: ridicule, acceptance, and celebration. But more importantly, Borowitz appears to be attempting to answer the question of why so many ignorant people are attracted to elected office in America. I’m not quite halfway done with it, so I hope to report back if he actually finds an answer.

Spoiler alert! America has already progressed to the phase of “celebrating” its ignorance in the political world, and I want to share some examples from just this week to confirm it.

Last Friday, House Minority Leader Kevin McCarthy unveiled the House GOP’s “Commitment to America” in a campaign event in Pennsylvania. Flanked by 30 members of his caucus, this plan, which sounds strikingly similar to Newt Gingrich’s “Contract with America” from 1994, McCarthy was able to make this extensive list of new promises reading them from a notecard he had kept in his suit pocket. It’s hard to begrudge the skillful brevity it takes to communicate confusing policy ideas to a culture with a severe attention deficit. So, in this case, McCarthy didn’t even try.

As reported by Luke Broadwater of the New York Times, “the plan would ‘increase accountability in the election process through voter ID.’ And it hinted that Republicans would look to change the Affordable Care Act and roll back legislation allowing Medicare to negotiate the cost of prescription drugs, saying that the party wanted to ‘personalize care’ and ‘lower prices through transparency, choice, and competition.’”

Hmmm. Sounds like the House Republicans want to make it harder to vote and they don’t want the government to drive down prescription drug prices. Why not just say that? My version was significantly more concise and understandable.

Then there’s the Republican Study Committee’s meeting with golfer, Greg Norman, that happened the day before the notecard commitment was announced. Norman is a leader of LIV Golf, the new professional golf tour that is trying to displace the PGA Tour. I am a golfer, but I was only aware of the meeting because the RSC is led by Indiana Congressman Jim Banks. I don’t know if Banks plays golf, just like I don’t know why he wants to give Mohammed bin Salman an audience.

That’s right, LIV Golf is a venture of the royals in Saudi Arabia, and Norman is just one of the front men of the venture.

The ignorant are impressed by celebrities, and while Norman spent a good amount of time as the world’s number one player, he is more well-known in golf circles as a guy who finished second a lot. I hope he finishes second again on this venture too, though it’s hard to bet against the deep pockets of the Crown Prince, who is clearly just trying to make the world forget all of his routine awfulness with this newfound interest in sports.

It was ignorant to even have the meeting. And as a bonus, Norman didn’t seem to impress anyone, as reported by Politico.

But Rep. Mace did something even dumber with her performance on Meet the Press this Sunday. Chuck Todd asked her if she thought the Republicans would impeach President Joe Biden if they took control of the House. She answered, “I think that’s what some folks are considering.” Neither Todd nor Mace identified for what reason this impeachment was even being discussed.

That is just the last six days.

Borowitz’s book is wildly entertaining so far, and he is committed to pointing out some Democrat ignorance too. One thing that recent trends are showing, however, is that the ignorance coming out of today’s GOP is leading the league. I think they are counting on nobody noticing.