Seven days, seven lowlights in a no good, horrible week 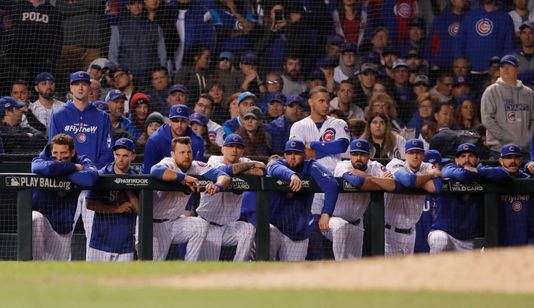 One of the more thoughtful people I follow on Twitter made this comment about 6:00 Thursday night: “My favorite thing about today so far is that there are only six hours left of it.”  Yes.  I expand that sentiment to the past week, starting Sunday.  I worry that there are two days to go and that my entire list will soon be irrelevant.

Actually, I’m sure most of this list already is irrelevant.  I try to put a positive spin on each item.  Some of these spins work, and others really, really don’t.

1. Early Sunday, the United States Ryder Cup team got beat by Europe.  Let me clarify that.  The U.S. got creamed by Europe. On the bright side though, it happened in Paris. For American golf fans, most of this drubbing took place while we slept due to the time difference.  And for the players themselves, I am betting they enjoyed some really good wine and cheese while visiting the Louvre.

2.  The Colts lost their third and fourth games of the season with only three days in between.  One loss was in overtime at home and one was in the football equivalent of the apex of Hell–Foxboro.  The bright side?  For me, it was the significance that Coach Frank Reich will go for it on 4th and 4 in overtime, and the reminder that no matter how frustrated I get with politicians, I can still enjoy despising Bill Belichick more than any of them.

3.  The Chicago Cubs went from being the most popular baseball team in town to the primary source of sports sorrow.  As a household that is firmly rooted in White Sox and Reds misery, the bright side here might be as simple as misery loves company.  Welcome home, Cubbies fans.

4.  I have been a little sad since the Fletcher Place South of Chicago Pizza and Italian Beef closed earlier this year.  They made my favorite pizza, and they delivered to my house.  It has been a recurring sadness.  On Wednesday, I was invited to go to lunch by a Republican friend, which had real negative potential.  But we went to Harry & Izzy’s.  There I discovered the St. Elmo Prime Rib Pizza.  A half pound of prime rib, horseradish ricotta, mushrooms and campfire onion marmalade.  Onion marmalade?  Horseradish ricotta?  We are hosting Thanksgiving this year at our house, and this might be what we serve.

5.  On Saturday, a public official wrote a comment on my Facebook page that I am “an immoral, unethical hack that cares nothing about respect or honor…”  This comment was offered as a pitiful rebuke to my view that the GOP could do better than Brett Kavanaugh.  Let’s see if he reads this week’s column deeply enough to expand on his anger and irrationality.  If he does, I recommend the St. Elmo Prime Rib Pizza to help him become more centered.

6.  Lewis Black will be at the Murat Theater on Friday night.  He’s one of my favorites and my wife and I are going.  The best part of seeing him is that his anger makes me feel like I’m happier about our current political state of affairs than at least someone.  The other bright side is that we are also lucky enough to 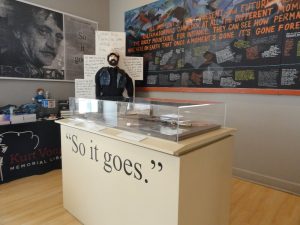 go to an after-party with him as a fundraiser for the Kurt Vonnegut Memorial Library.  I’m glad Black continues to be a supporter of a true Indianapolis gem.

7.  This week was still better than the week before.  That week, my downtown townhouse was burglarized.  This thief walked in through an unlocked back door, grabbed my wallet and laptop, then stuffed it in my backpack.  He then went out the door and hopped on a Bird scooter to make his getaway.  All of this happened while I was upstairs in the shower, oblivious to it all.  I only wish I could have chased him out of the driveway wearing nothing but a towel.  That visual might have haunted him forever.  For me, it’s still the little things that make the world go around.

Barricades are being put up around the U.S. Capitol today in anticipation of what will certainly be an unpopular vote on the Supreme Court confirmation of Brett Kavanaugh.  The no-win situation this nominee puts the Senate in actually confirms what I have been writing for the last two weeks:  there are better options than this guy.

Here’s to next week!