Shutdown negotiations: eye for an eye and tit for tat 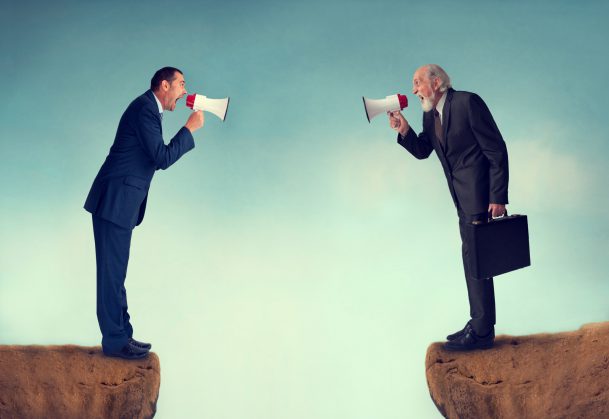 We all know what these phrases mean. Payback. Getting even. One of my favorites is the “proportional response.”  None of them are negotiation strategies that are known for their success. They are more often used to describe the style of engagement in battle.

But this is where we are.

I committed that I would write about the partial federal government shutdown each week until it ended. I’m not sure I will be able to keep the commitment, but I will try.

In this week’s episode:

Pelosi uninvited Trump to the U.S. House Chamber for his State of the Union which was scheduled for January 29. The next day, the president canceled the use of the military for a Pelosi-led, congressional delegation trip to visit American troops abroad. In true Trumpian style, the president announced his cancellation right before they were about to board the bus from the Capitol to Joint Base Andrews. His announcement obliterated security protocols by disclosing their war zone destination.

So where is America going? Nowhere. And don’t confuse the events of this week with being a negotiation. For all of you fans of the president, he owns this.  All of it. He started the shutdown in December when his party still controlled all of Congress by reneging on a deal with his own party. On the congressional side of the battle, Pelosi inherited it from former Speaker Paul Ryan, and current Senate Majority Leader Mitch McConnell.

“One sophomoric response does not deserve another,” was Sen. Lindsay Graham’s comment about the president’s most recent tat.

“Tit for tat” is usually seen as slang that simply comes from “this for that.” Some attribute the first use of the phrase to John Heywood in the parable The Spider and the Flie, in 1556. “That is tit for tat in this altricacion (altercation).” It’s interesting that this phrase is so often used in terms of altercations or injuries. It is negative in that way, not simply a trade off or a deal, but retaliatory in nature.

What will be next? Many who are watching TSA agents and air traffic controllers closely are worried that the intolerable nature of the shutdown could lead to profound safety concerns at our airports with real life and death concerns. What happens if death comes to an American or Americans because of this political stalemate? It is all but certain that we will experience casualties given the size and scope of it all.

“An eye for an eye will make the whole world blind,” is the famous quote often attributed to Mohandas Ghandi, though different versions of the same quote date back to at least the book of Exodus. Regardless of the source, it teaches a virtue all but completely absent in Washington today. Yet in social media world, many Americans don’t even pay attention long enough to get through the “eye for an eye” part of the thought so they can even read the actual lesson.

Negotiations are made up of trades. Those trades include sacrifices, though they don’t have to be injurious or maiming. They can be simple, fair and dignified. They can be mutually beneficial. Neither side gets everything they want.

Would I trade a path to citizenship for all of the DACA recipients for the money Trump wants for the wall? You bet I would. Would I let the president come to the House over which I preside, give an hour long speech designed to embarrass me and be forced to sit and listen on camera on all networks? Not a chance.

In a Thursday interview featured on the New York Times podcast, The Daily, Rep. Will Hurd of Texas became my pick to lead the GOP in negotiations. He is an African-American, Republican Congressman with the largest portion of the U.S.-Mexico border in his district of any member of the House. He is a former CIA agent. He has a thoughtful perspective on all of the issues at hand.

He has neither given or taken anyone’s eyes, or played the tit for tat game.  He’s fresh and capable. Most of all though, he wants the discussions to be precise. Precision is something the White House has been missing on this battle from the start.

The drive of our leaders to injure and blind each other would be nothing more than political theater run amok if so many other people were not also being hurt. The players in the game need changed, that is if our so-called leaders have any desire to see the game end.