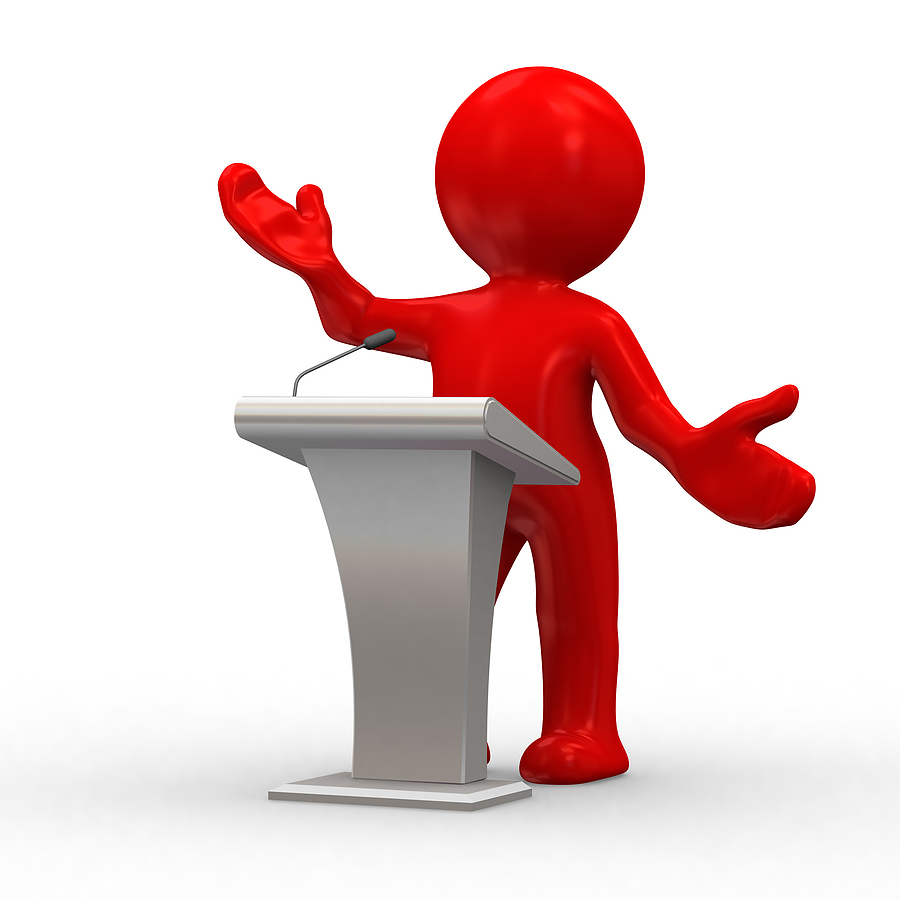 Charles Caleb Colton, the famous cleric and writer said, “We owe almost all our knowledge not to those who have agreed but to those who have differed.” Though Colton passed away in 1832, I wonder what sort of Brainy Quotes he might have written, given the abundance of inspirational material today. Particularly in politics.

On Thursday, I was honored to speak to a gathering of small business women and men about state and national politics. Most of the attendees identify as Republicans. I knew that going into the event. And since a handful of them had viewed the most recent Democratic Presidential Debate the night before, many people in the room had a fresh perspective on the “other” party’s potential nominees.

I know the group was listening to the things I said, but I’m not sure they knew I was paying close attention to the things they said and did while I was talking. And they told and showed me plenty.

One thing that caught me off guard was when I said to the crowd that Donald Trump did not win in 2016 because of policy proposals–he won entirely because of “branding.” Groans and shaking heads ensued, taking clear offense that I was implying that these particular Trump voters had been conned. That’s not what I said, but it is definitely what they heard.

The businesses these people own and operate are doing well these days, and to some extent, they credit the policies of the president for it. So, when a wise guy like me disregards Trump as a man without a plan, these folks are inclined to push back. I am always surprised when I see people who are responsible for their own good fortune looking for someone else to credit for their success. There is nothing more Midwestern than that. Of course, they didn’t say that, but that is definitely what I heard.

Do these Republicans think the government, or its leader, provides for their success? That sounds a little socialistic, doesn’t it?

Which leads me to Bernie Sanders. Of the six Democratic candidates on the stage in Nevada Wednesday night, Sanders is the one most like Trump. The group I was talking to see them as wildly different, but I don’t.

I told the crowd that Sanders reminds of the guy yelling at me to get off his lawn. The crowd giggled. And then I added, “just like Trump does.” More groans.

Sanders touts his grassroots-style movement and his “revolution” with great pride. But he also thinks the accumulation of wealth is not just the result of bad government policy, but that it is immoral. Even raising campaign funds from the rich is taboo for Sanders. In other words, he is divisive. My Republican audience appreciated that view of the Sanders campaign, and many of them also seemed pleased that the Democrats don’t have a clear choice as a nominee yet.

They think the policies of Sanders are the reason he won’t or can’t beat Trump. And I could not disagree more.

A political friend told me a long time ago that the one who wins presidential elections is always the candidate that makes voters “feel better.” That sounds too simple to be a guide, but it’s not. This predictor rang true in 2016, just like every other election with which I am familiar. In 2016, Trump may have made voters feel “less bad,” but the concept is the same.

Any one of the six Democratic candidates on that stage Wednesday night can win in the fall. But it won’t be because of Medicare For All, or gun control, or any objections to it. It will be because that candidate makes Americans feel better than the Republican nominee. It is the candidate who connects who will win.

Just like it wasn’t “build the wall” or “lock her up” that won in 2016 in a practical sense. It was the connection Trump made through the use of that stuff with people who became his loyal following. It was akin to “we are mad as hell and we aren’t going to take it anymore.”

Who is mad now?

So far, that connection with a critical mass of voters has not happened for Democratic primary voters. It had not happened for Republicans in February of 2016 either. And Bernie’s brand is no wilder than Trump’s, no matter how it is dissected.

More than half of this country has disapproved of Trump since May of 2017. There are six options on the table that can help Americans feel better. I think America will choose one.