Some insults are more stupid than others 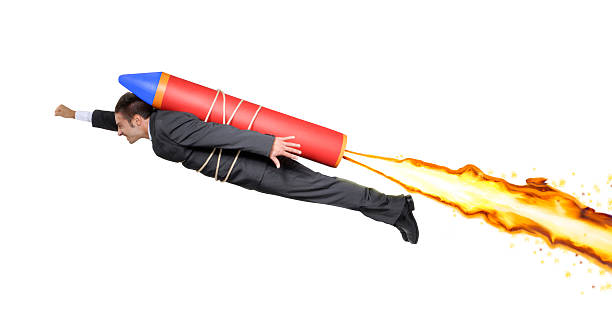 It has been a week full of not smart. “Smart” is an antonym for “stupid.”  If you are looking up the definition of “antonym” now, please do not read further.

I’m not much of an Elton John fan. I respect him and his talent, but his music just isn’t my thing. Having said that, calling another world leader “Rocket Man” during one’s first speech to the United Nations is not smart.  There are many reasons, but let’s focus on the fact that while it is an attempted insult, it’s weak. Or sad.

As Travis Andrews details in the Washington Post, the term was first used in a Ray Bradbury short story “The Rocket Man.” Then Bernie Taupin adapted it from that story into the hit song that Elton John recorded. People magazine once called astronaut John Glenn “Rocket Man.”

In the spectrum of insults, this is a fail. It doesn’t hurt anyone’s feelings. It isn’t funny. It might not even actually be an insult.

In response, Kim Jong Un fired back. It took a couple of days, and it appears he spent some time browsing Dictionary.com like word nerds do. Believe me, I know the type.

He called President Trump a “dotard.” Now this is an insult. It qualifies because it had folks at CNN mispronouncing it, and smart asses like me scrambling to look it up.  And when I did, I found out it meant “a weak-minded or foolish old person.” Un wins this week’s game of childish put downs.

As if this drama weren’t enough, America was treated to a second season of Netflix’s “Repeal and Replace Failures.” And we thought that series had been cancelled in July. So much intrigue. So much creativity. I am enthralled with the possibilities of how it will all turn out this time.  Not.

There was nothing in the Graham-Cassidy bill that anyone should have expected to swing the three most recent “no” votes to “yes” from the last bad bill. And this last ditch effort to pass a partisan health care reform bill never had 50 votes.  It started at 49, and when Sen. Rand Paul (R-KY) announced he was voting no, the bill was dead.

Sen. John McCain (R-AZ) did not lie or betray anyone or anything. Partisan Republicans are mad at him for sticking to his principal of “regular order.” Oh the nerve! Sen. Lisa Murkowski (R-AK) and Sen. Susan Collins (R-ME) had to be counted as “no” voters from the start as well. Only a novice would have seen them any other way.  And these novices forget something: voters in Maine and Alaska gave these two strong women a hero’s welcome when they came home from killing the last bad health bill.

A hero’s welcome is often more effective than any protest. As this column relentlessly points out.

And then there’s Alabama. It’s a Republican run-off to see who is nominated for a special election needed to fill the seat vacated by Attorney General Jeff Sessions.  The candidates: Roy Moore and Sen. Luther Strange. “Big Luther” was temporarily appointed to the seat while the Alabama permanent replacement process plays out.  He has shown that he will do what he is told in that role, which makes him attractive enough to get President Trump’s support.

Roy Moore is a former Chief Justice of the Alabama Supreme Court. He was removed from the bench for defending a Ten Commandments monument in 2003. He was again elected Chief Justice in 2013, only to be suspended in 2016 for directing probate judges to continue to enforce the state’s ban on same-sex marriage. This was after the U.S. Supreme Court had ruled bans like Alabama’s to be unconstitutional.  He resigned in 2017 following an unsuccessful appeal of the suspension.

Basically, he’s the Joe Arpaio of Alabama, only more bigoted and racist. He referred to American Indians and Asians last week, yes just last week, as “reds and yellows.”

Oh, and he’s leading in the polls down there.

Trump is conflicted on who to support, but has taken a slight risk of losing by campaigning half heartedly for Big Luther, the lesser racist of the two.  Ben Carson however, has come out publicly in support of the more racist Roy Moore.  I would try to write something funny right here, but I don’t think I can top the plain truth.

And as a bonus to a week of not smart, President Trump chimed in on the NFL. He was at a rally of his own supporters after all. Why wouldn’t he call Americans who exercise their constitutional right to respectfully protest by kneeling during the national anthem “son of a bitches.”

NFL Commissioner Roger Goodell didn’t think much of that last one, bringing this week of stupidity to an ironic close.

Trump started off insulting a dictator from the Far East. He then took out after a war hero senator from Arizona, again. He scolded NBA Champion Stephen Curry for not wanting to visit the White House, bringing ire from LeBron James. But the NFL complaint angered another New York businessman, in Goodell, who looks a lot like Trump himself.

Though I bet Goodell has bigger hands.

Sorry, I couldn’t resist getting in on the childish action.