The delta variant loses its fight with rock and roll 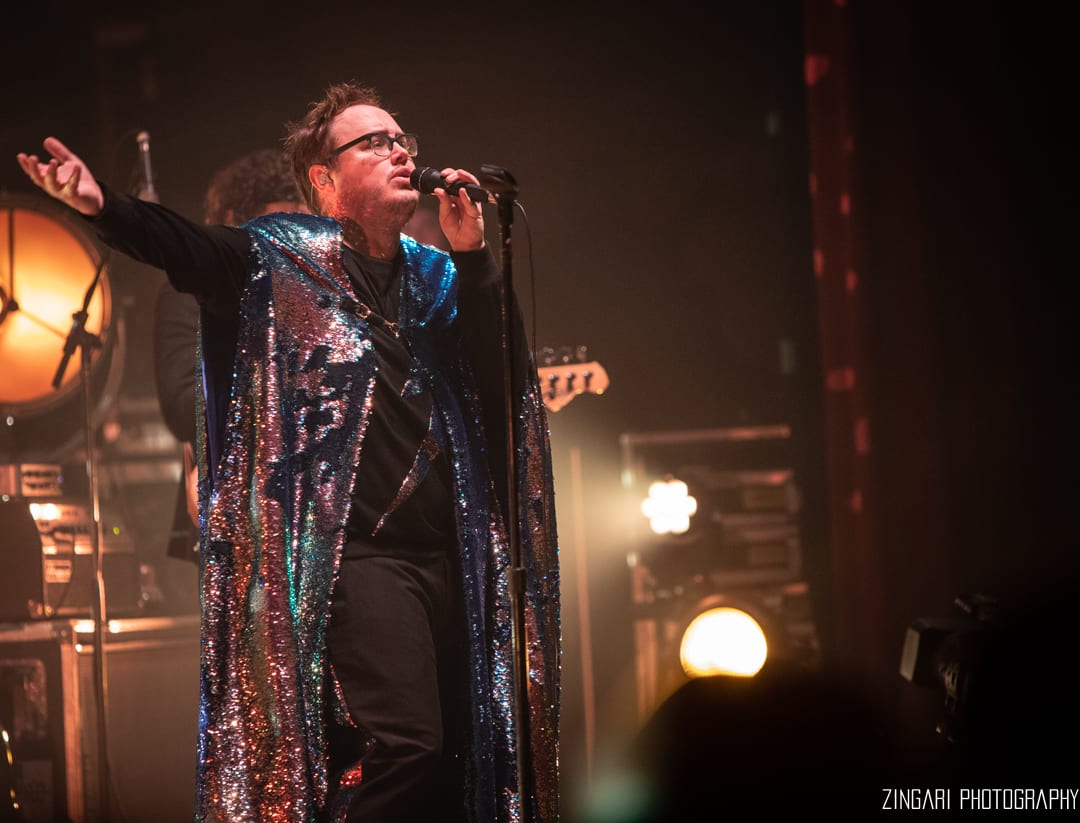 St. Paul and the Broken Bones
photo from Zingari Photography and nysmusic.com

It was at the end of an expected long day at work, and an hour commute home when I had the debate with myself. Should I or shouldn’t I bust this drive home, get out of these business casual clothes for some shorts and flips flops and scurry up to Holliday Park for the last few songs of the St. Paul and the Broken Bones concert?  I knew my best case scenario was that I would only get to see four or five songs before the 9:00 PM cutoff time at the north side Indianapolis festival.

Two years ago, I probably would have just gone home and skipped it. I am so glad I didn’t Thursday night.

Many things are different since the last time I saw St. Paul on the south side in 2018. I vividly remember vocalist Paul Janeway leaving the stage and doing a song in the middle of the crowd, dancing on chairs while sporting one of his trademark, shiny floor-length capes. I was no fan of the band before that show, but I was all in by the end. Janeway’s powerful voice is part of it, but his charisma, his ability to connect with people, is the band’s secret power.

Two days earlier, after another long day at work and a rushed commute home, my wife and I went to the TCU Amphitheater at White River Park to see Jason Isbell and the 400 Unit. Isbell had taken the bold stance of requiring attendees to show proof of vaccination or a negative test within 48 hours to get in to the venue. Rapid testing for COVID was even available on site. It may have cost him a negligible amount of ticket sales, but the place was almost entirely full. And that band did not miss a note, finishing a fantastic performance with two Rolling Stones songs, “Moonlight Mile” and “Can’t You Hear Me Knocking,” in tribute to Stones drummer Charlie Watts, who had died earlier that day.

There is just something about being with a few thousand people and sharing the excitement of a live performance. I am a people watcher. It’s one of my favorite things to do. At the Isbell concert, I could not take my eyes off of a group of people a few rows ahead of me who were rocking and dancing like they just got out of jail. It was still almost 90 degrees outside that night, and these people, who might have been close to my significant age, were drenched in sweat, pumping their fists and singing every word of every song. I’m glad I couldn’t hear them, but I loved watching them. I was rocking on the inside–and I’m glad I had people nearby doing the heavy lifting for my section.

In 2019, my wife and I took a trip to Ireland. Going to a foreign land, or anyplace new for that matter, always surprises me one way or another. The one thing I will always remember most vividly about that trip is that every pub, restaurant or crowded area in Dublin, Belfast or Galway had live music playing. And it wasn’t just background noise. The people were listening intently, and applauding with true appreciation after every song. As they should have–every performer we saw had talent. The Galway folks were very proud to tell Ed Sheeran stories from his time there before he became a star, but I kept seeing young talented musicians on every corner and imagining who was going to be next.

I had wanted to go to Ireland my whole life. Ancestry.com says that my heritage is almost entirely from there. I had not given music an ounce of thought regarding my motherland in all of those years, but now it is what Ireland means to me, again, almost entirely.

These gatherings of people are more than just a good time. This is a big way our culture can connect with each other. It is how we can celebrate life together. Whether we are sitting in pods at Holliday Park, or showing our vaccine cards at White River, they are tiny little things that can help us preserve who we really want to be.