The difference between ‘Greenlights’ and ‘red lines’ is simple 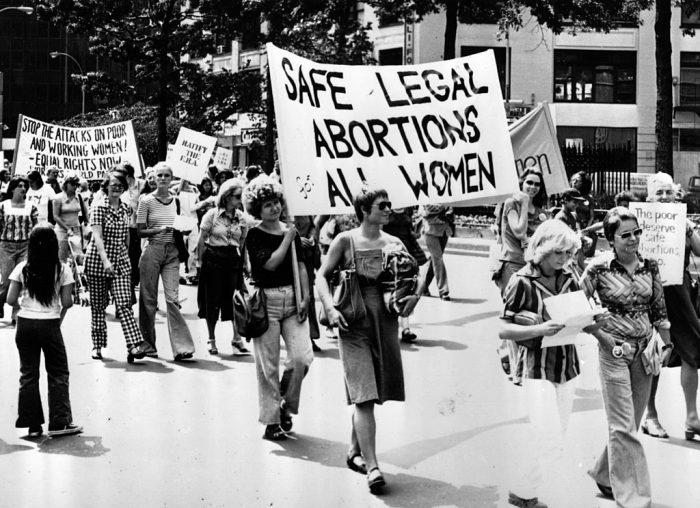 Matthew McConaughey’s 2020 memoir, “Greenlights,” was definitely alright. I recommend listening to McConaughey reading it on Audible–his version of the voices of his past made the autobiography wildly entertaining. The book’s title and theme refer to green lights as opportunities to seize. He says, “a green light is being kind to our future self.”

In the book’s metaphor, yellow and red lights obviously mean something else.

Last Thursday, as reported by Casey Smith of the Indiana Capital Chronicle, Indiana Gov. Eric Holcomb said he’ll sign any abortion-restricting measures that make it to his desk during the upcoming special legislative session. “I don’t have any red lines right now,” the governor said.

That is a remarkable place for him to be in this first post-Roe summer. It’s remarkable in that he has abdicated his leadership on the issue before the real part of the initial debate has even started. On the largest public policy decision during his two terms, he is actively taking a pass.

A red line, as defined by Cambridge Dictionary is “a limit beyond which someone’s behavior is no longer acceptable.” It makes me wonder, for only unnecessary reasons apparently, what the governor’s red lines might be. I am even more curious about when he will reveal and fight for them. Especially if now is not the time.

The governor called the legislature into special session, after an expensive court battle establishing that only he can do such a thing, knowing that abortion would be on the table. His reason for the session was to give Hoosiers some of their own money back. It was an emergency, though that can now wait an additional three weeks because some other Republican opportunity came up. Now he is choosing not to lead on either.

For other Hoosiers who are unaware of any “red lines,” I refer you to Dan Carden’s July 3 article in the Times of Northwest Indiana. He reports on a “model law” that has been drafted by Terre Haute attorney, Jim Bopp, the general counsel of the National Right to Life. Carden attached the 29-page memo that contains the entirety of this chilling model law to his article.

The proposal includes definitions of the criminalization of abortions, what acts should result in the Level 2 and Level 3 felonies created by the law, a solution to deal with renegade prosecutors who refuse to pursue the cases, and so on. The new criminal laws apply to providers of the soon-to-be illegal procedures and those who assist them. It also applies the same criminal penalties to any person “who provides a pregnant woman, or someone acting on her behalf, any information about where to procure an abortion, including hosting or maintaining a website advising women about abortion availability elsewhere.”

The “model law” would also make the sale, distribution or advertising of the two-dose abortion pill to a person likely to use it for an illegal abortion a level 3 felony, as well as taking a pregnant minor across state lines to obtain an abortion without the consent of her parents.

That’s an interstate commerce red line, governor, not to mention a complicated jurisdictional one.

Carden goes on to report, “in no case, however, would a pregnant woman who obtains an abortion be subject to criminal penalties, according to the plan.”

Is that some attempt at humanity of this new law? Is it some moral bargain that the National Right to Life Committee has made with themselves? And will that newly defined crime scene also be surrounded by the yellow crime tape that has become synonymous with every other crime scene in America?

In an interview about his book, McConaughey discusses the green light’s siblings to further clarify his metaphor, adding, “Red and yellow lights eventually turn green in the rearview mirror.”

The abortion debate is nothing but an enormous pile of red lines, even if you support banning it. The pro-life movement seems to see the recent court ruling as a green light, but they will find out soon that it definitely is not.