The GOP spin is to completely spinoff 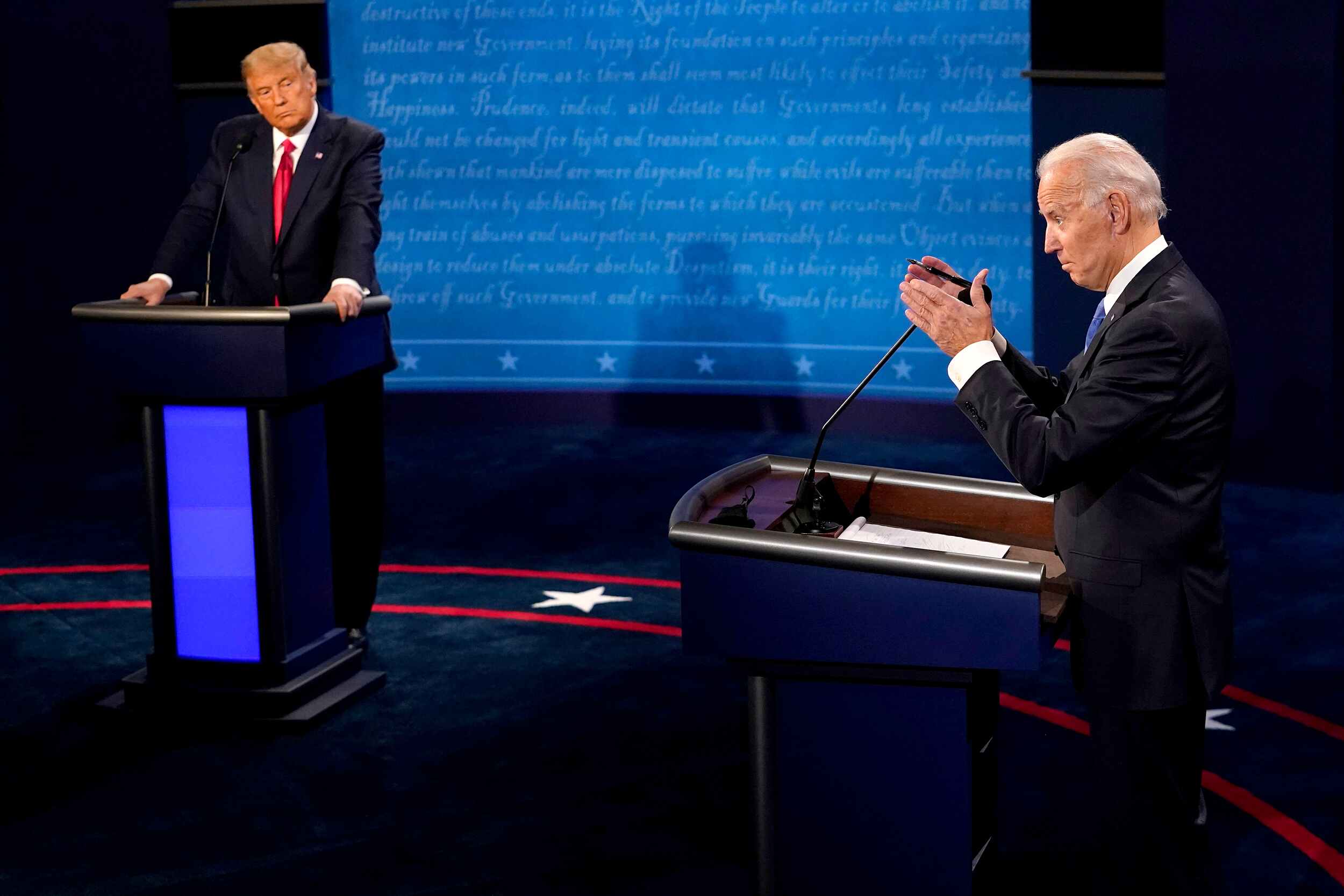 On Thursday, the Republican National Committee voted unanimously to withdraw from the Commission on Presidential Debates. As reported by Reuters, RNC’s chairperson, Ronna McDaniel said in a statement, “We are going to find newer, better debate platforms to ensure that future nominees are not forced to go through the biased CPD in order to make their case to the American people.”

They are going to find “newer, better debate platforms” are they? It is difficult to gerrymander an equation that only has two sides to divide, but if it were possible to gain advantage in that simple mathematical equation, the RNC is just the group to create it.

What is the CPD? It is an organization that was incorporated in the District of Columbia on February 19, 1987, as a private, not-for-profit, nonpartisan corporation to “organize, manage, produce, publicize and support debates for the candidates for President of the United States.” The two founders and original co-chairs of it were Paul G. Kirk, Jr., and Frank J. Fahrenkopf, Jr., who were the then-chairmen of the Democratic and Republican National Committees respectively. Since their terms expired in 1989, the nonpartisan organization has been unaffiliated with either party.

The reason it exists is because the nation believed at the time of its founding, and continues to believe that, according to Pew Research Center, presidential debates are “useful.” Pew’s 2020 study went on to document that voters don’t necessarily believe the debates are “determinative,” but voters have consistently seen their value since the CPD was formed.

In any election, there are two key things that a successful campaign needs to accomplish. The first one is to persuade the electorate that their candidate is the better person for the job. This is often accomplished through the strength of the specific proposals and positions of either candidate, which are the things that create the content of debates. But for many voters in the modern era, when those specifics are more commonly known before candidates get together on the stage, the more valuable part of the debate is being able to observe the manner and character a candidate displays in the process.

This contrast has never been more stark, in my opinion, than when former President Donald Trump took the stage for the debates in both 2016 and 2020. Many Americans, including me, found his manner to be offensive, particularly in the first debate of 2020 with President Joe Biden.

The second key thing in a campaign is to motivate supporters to participate. As a result of Republicans losing the popular vote in seven of the last eight presidential elections, and the consistent data showing voters having a slightly higher identification with Democrats, Republicans must win the turnout battle. That was and continues to be the RNC’s primary strategy: inspire their smaller constituency to be more participative. The ongoing and odd Trump rallies that continue to be grievance-themed, barrages of bias and unfairness claims are not designed to persuade anyone. They are designed to enrage and motivate those already on their team.

Leaving the CPD makes perfect sense to Trump supporters who believe the debates are unfair. But they also think the last election was an unfair, fraud-ridden sham that has culminated in the ever evolving “big lie.”

This latest declaration of irreparable bias made toward the CPD is one more step toward the annihilation of our historic norms and processes. With the obliteration of the presumption that every election would lead to the peaceful transfer of power, the logical next step is to also destroy what has historically preceded that transfer. This withdrawal actually is a notable event in this disturbing, and uniquely Republican-led objection to the most fundamental American tradition.

The debate commission was founded to preserve fairness in the debate process, and since its creation, it has been successful at that task. Both parties have complained about aspects of the debates themselves, and of decisions the commission has made. It has not been without flaw.

What often gets overlooked though, is that the commission serves as an organization that allows for the efficient agreement on terms by the two major parties. In America, without organizations like the CPD, the litigious nature of our culture would make agreeable terms unlikely to be reached in a timely manner, during an incredibly time-sensitive process.

If the RNC sticks to its ridiculous Thursday vote, the debate aspect of presidential elections will likely be over.

McDaniel has no chance at creating a “better platform.” Forget about that–it’s not what they want any way. What the RNC wants apparently, is to be all alone.