The infrastructure of “The American President” 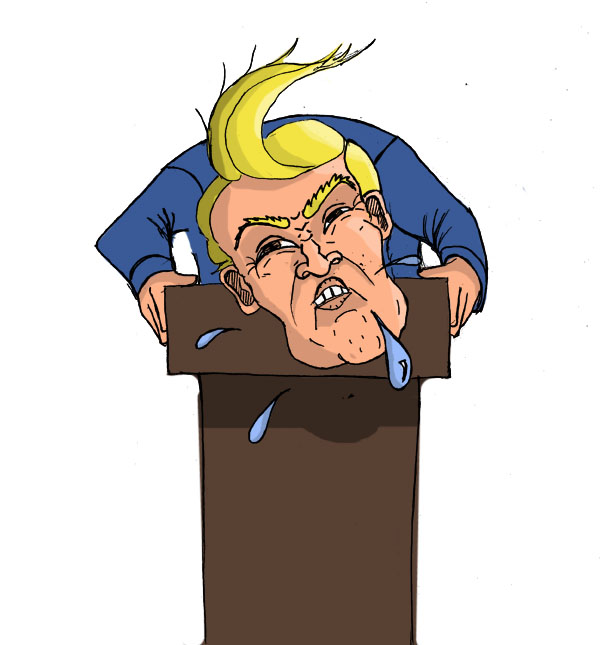 The Trump administration had planned this week to be “infrastructure week.” It was supposed to be a week filled with announcements, investments, and maybe the occasional ribbon cutting to show that America is building stuff on its way to becoming great again.  History won’t remember it that way, but both the President and the Vice President gave it a shot.

Roads, bridges, pipes and wires need tended to across the land. We need to invest in their construction and repair, and we need citizens to see it happening.  Spending on these things is something both sides applaud, though a specific plan would have helped the speeches this week.  As opposed to what Trump described in Cincinnati on Tuesday which was a commitment to throw a pile of money at a problem he seemed unprepared to even describe.

Like infrastructure, presidencies need to be built.  They start with the campaign, which features broad policy commitments like reforming taxes and improving healthcare. Then after electoral victory, the sleeves get rolled up and the government starts shifting. The whole first year is a transition.

After establishing a style and a direction during the formative months, the results start appearing.  There is usually a certain level of excitement in the new leader that allows for some latitude for missteps during the beginning, but that slowly fades away as the public’s impatience for progress grows thin.  Then people start keeping score.

Of course, this pattern has been obliterated in 2017.

President Trump has already lost his chance to build an administration or a presidency that is in a position to lead. His first and only term as president has been crippled by the Russia/Flynn/Comey/Mueller investigation.  It won’t recover.

As in the movie, The American President, the political lesson taught is that when presidents become unpopular with the public, the rest of government follows them less.  We can already see by the lack of venom directed at James Comey during the Senate Intelligence Committee hearing on Thursday that Republican senators have already grown tired of defending Trump.

But what also happens is the bureaucracy has less enthusiasm and less loyalty. Trump needed to overcome a resistant bureaucracy before his trouble started.  Overcoming it now just might be impossible.

I gave a podcast interview in March and was asked what I thought would ultimately bring down this presidency and I said then that there were three things that would do him in: the intelligence community, the military, and the press.  I stand by that. By March, he had already lost the confidence and ability to recover it with intelligence and media.  The only hope he has left is the military.  I will get back to that.

The bureaucracy is larger than just those two sectors though. The Environmental Protection Agency is a good example. I am following an EPA matter that was initiated in January and the agency seems to be unable to even operate within its own rules right now.  These aren’t leftist Obama era rules.  They are procedural and operational rules that are non-partisan in nature.  It is clear the agency is paralyzed, and it is clear this is a paralysis born out of chaos, not a run-of-the-mill transition at the executive level.

Pay attention to these things America. They are certain to pile up.

The Atlantic published a column this week that detailed the lack of actual policy proposals to back up any of Trump’s marquee campaign promises. Anything he wants to deliver that requires the assistance of another branch of government is doomed right now. Even as his party controls the government.

The withdrawal from the Paris Accord and the American response to it is also an important measure of his presidency’s infrastructure. With his approval ratings at a historic low for a president less than 5 months in, he picked up no new supporters with this move.  Zero.

And that is what makes this a dangerous time. President Trump does not have a path to get out of the 35% approval rut that he is in without some massive intervening event that will almost certainly involve the military. Remember President George W. Bush’s delicate approval rating prior to September 11 in his first year? Well his was just over 50% at the time. The nation rallied around him after the attacks, sending his rating to 90%. That intervening event, and the Bush administration’s opportunity to respond to it, led to his second term.

Pundits say that Trump wasted his honeymoon. I will take it one step further and say he never built the foundation of his presidency. Married couples can always go on a second trip and rekindle a romance that may have slipped away. But a house without a foundation won’t magically become stable later.

And that house is The White House.