The Notorious RBG and the “Climate of our Era” 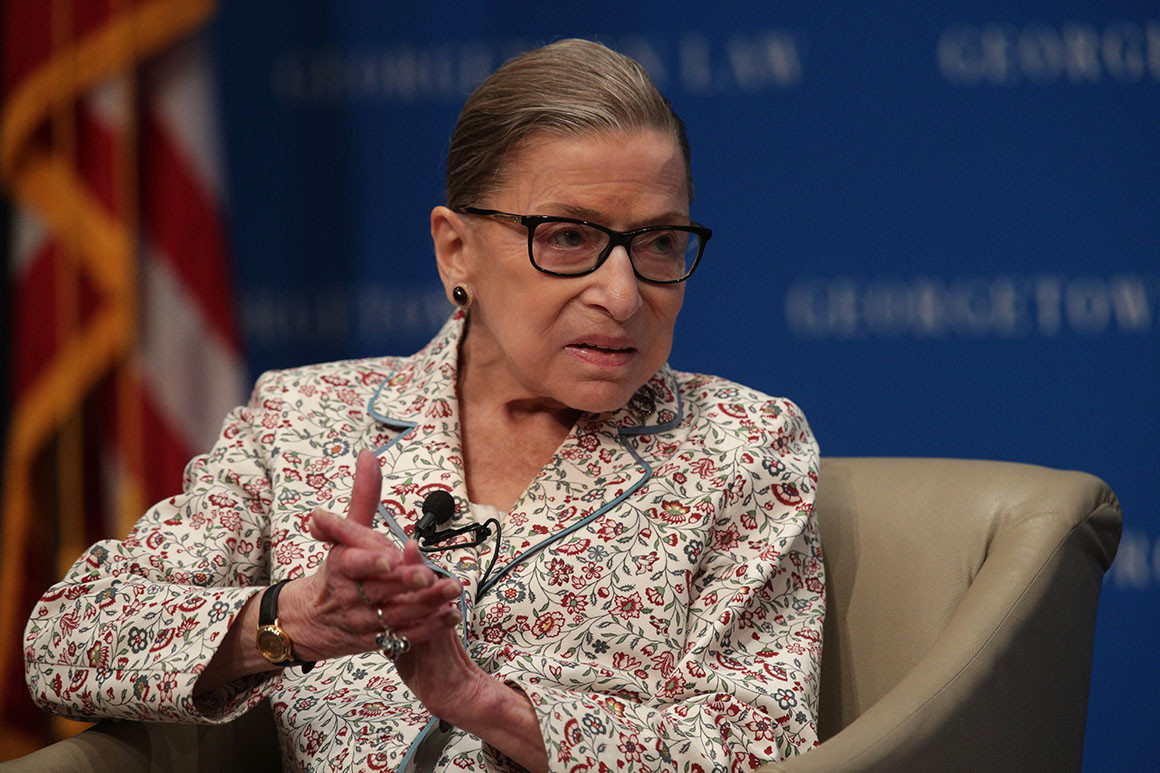 It was September 11. The date itself will always be provocative. It stirs unique emotions for me, as I imagine it does for every American who can answer with painful specificity that question of “where were you when…?”

I also remember where I was the year after the worst September 11 ever. I was in my basement office all day, working on my computer with the TV on above me. Every station was replaying one of our nation’s most horrible days in painstaking detail.  It was emotionally exhausting. I have since refused to watch it again.

Fast forward sixteen years to the 2017 anniversary of the terror attacks. I have a new memory I can hang on to with my wife and friends who were there. It was at The Auditorium in Chicago, and Roosevelt University was the host of one of the greatest Americans I will ever see:

Roosevelt University’s 2017 American Dream Reconsidered conference was the event. It was “A Conversation” on the agenda and it was just that.  RBG took the stage, with her purse in tow, and sat across from another important woman, Judge Ann Claire Williams, of the U.S. Court of Appeals for the Seventh Circuit. Judge Williams led the conversation at RBG’s request and she was the perfect choice.

President Carter made a distinct effort to change the face of the U.S. Judiciary while he was in office. Though he did not make an appointment to the Supreme Court, he made many to the federal bench. He appointed Ginsburg to the District of Columbia Court of Appeals in 1980. She was one of forty women he appointed to Article 3 judgeships during his single term.

Things have changed plenty since then.

During the conversation, Ginsburg spoke of “unconscious bias.” When she grew up, she never saw a woman musician playing in an orchestra, except for the harp. Men insisted they could tell the difference between men and women musicians. The practice of dropping a curtain between those auditioning for the orchestra and the listener began changing their sexual makeup everywhere. Jennifer Koh, the famous violinist from Chicago once corrected Ginsburg’s version of the story, telling RBG that women also auditioned shoeless so the judges couldn’t hear their heels approaching either.

As an attorney, Ginsburg argued six cases before the Supreme Court. She won five. She discussed one of these matters at the Roosevelt event that struck me: Weinberger v. Wiesenfeld.

Steven Wiesenfeld’s wife, Paula Polatschek, died giving birth to their son, Jason on June 5, 1972. Though she had been employed as a teacher and had paid into Social Security during that time, Wiesenfeld was denied benefits to help raise their son. The denial harmed young Jason and his father, at a time when it was common to approve benefits for mothers in a similar situation. Ginsburg’s strategy of showing how sexual discrimination harms everyone, specifically the man and boy, proved to be vital in showing the male dominated judiciary their way to the correct result.

She kept up with the Wiesenfelds in the years and decades that followed and even officiated the ceremony when Steven remarried as a 71-year old man in 2014.  Jason also attended the ceremony.

This physically small, soft spoken 84 year old women personifies strength. She represents all that is good in feminism, legal excellence, and patriotism all at once. I wish I could feel how things were when she started chipping away at our nation’s sexual discrimination habits, and not just read about them now. I don’t understand how our culture could have needed a woman like Ginsburg to show us how the way things should be, but we did.

It reminds me that justice and fairness does not just magically happen. It takes people to create it. None of these people have ever been better than the Notorious RBG.

The one comment I will always remember from the conversation at The Auditorium was an answer to the question of how public opinion may affect judicial decision making.  She said to the crowd:

In the halls of The Auditorium, there were photos of celebrities who have performed there. Pictures of Prince, Bruce Springsteen and Elton John fill it with nostalgia. While I looked at them, I couldn’t help thinking of the 20-somethings who attended the event because one of their professors insisted they do so.

Those youngsters will thank their teachers and their school later. This was the best. She is the best.

And September 11 won’t ever be the same for me again.