The pandemic’s sins of omission and commission 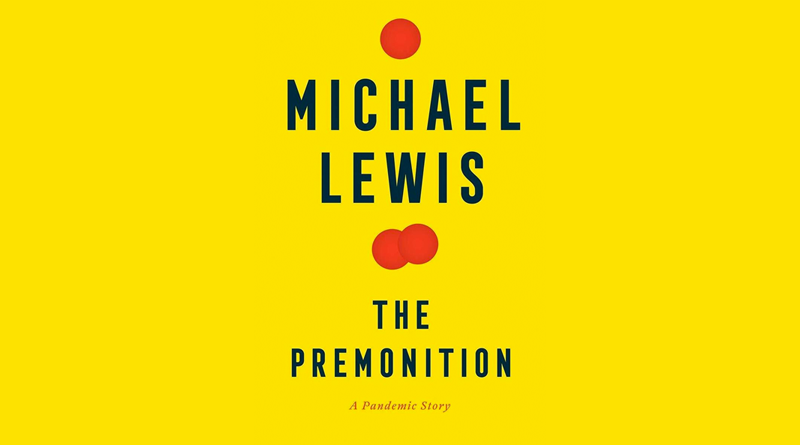 America had a good day Thursday. The Centers for Disease Control and Prevention issued new guidance that freed vaccinated Americans from most mask-wearing. The small light at the end of the pandemic tunnel has been steadily growing since the vaccination rollout started, gathering speed a few months ago. Now, that light is big and bright.

So, let the intense review of the battle against COVID-19 begin. And how best to kick things off than a new, impeccably timed Michael Lewis book. In case you missed his voluminous promotion tour, his latest effort, The Premonition: A Pandemic Story, came out last week.

The book is long-form journalism about a small group of public health experts and their attempts to head off the coronavirus in a variety of scientifically sound ways. The most interesting among them is Dr. Charity Dean, a California health official, who describes herself as David fighting Goliath. And she doesn’t mind fighting. Lewis tells a gruesome story of a battle Dean had with a local coroner during a tuberculosis investigation. She is an impressively trained surgeon, but her petite, pretty blonde appearance leads old boys to underestimate her. She says men think her “spirit animal is a bunny, and it’s an (expletive) dragon.”

A close second on the intrigue scale is Dr. Carter Mecher, whose primary fame comes from his authoring of President George W. Bush’s 2006 pandemic plan. Mecher is one of the geniuses detailed in the book, but he has some unconventional leadership qualities to go with his scientific prowess. His rise to the White House under Bush is impressive, but in today’s political environment, his holdover into the Obama Administration, followed by his leadership in the 2009 Swine Flu pandemic is even greater.

Lewis’s characters had all of the knowledge, and more importantly, the instincts, to have saved a good chunk of the 580,000 Americans who have died from the coronavirus. The trouble was, and is, that government and politics are made up of people, which makes scientific decision-making difficult, if not impossible. Imagine all of the Americans who first wouldn’t mask up and now won’t get vaccinated leading the pandemic response in Washington. We don’t really have to imagine it; we have been living it.

In hindsight, turning our nation’s decision making entirely over to Dean or Mecher would have made perfect sense. Actually, that hindsight can be applied to all kinds of other episodes that are touched on in the book from the 1918 Spanish Flu through the Swine Flu pandemics. The book does not spend significant time discussing the early days of the AIDS outbreak, but I could not help thinking about the 1987 book by Randy Shilts, And the Band Played On: Politics, People and the AIDS Epidemic. The 1993 film based on that book is must-see.

We have enough experience and knowledge to know that in a crisis, our political and governmental systems almost always err on the side of inaction. These “sins of omission” are easier to survive for any politician than acting boldly and being wrong. “Sins of commission,” are way scarier to institutions like the CDC or just about any group of elected officials. Dean and Mecher instinctively knew that action was necessary much earlier than most, and that action included earlier and far more stringent shutdowns, including schools. But what if America had followed their advice and they were wrong?

I think about similar scenarios often, especially this week.  The mask guidance being loosened by the CDC is cause for celebration, though the organization’s once untouchable reputation has likely been irreparably damaged. I wonder how many lives could have been saved if they had taken a bold leadership role fifteen months ago. Bold action, the type advocated by the characters in The Premonition, would have likely saved hundreds of thousands of lives. By erring on the side of action, we would be far better off today, even as some try to argue that too many state and local governments overreacted.

No state overreacted, and I am unaware of any local government that did either. Our federal government committed malpractice in its under-reaction, and that was obvious from almost the very beginning. Those advocating to err on the side of “freedom,” a buzzword for “doing nothing,” during the last fifteen months have, without question, been found to be wrong. But they won’t read Lewis’s book, even though they should.

The Premonition was impeccably timed to sell books, but it was tough for me to read so soon. He opens the book with a sports quote: “We are what our record says we are.” Truth. Sad truth.