The passing of bell hooks is a new opportunity to learn 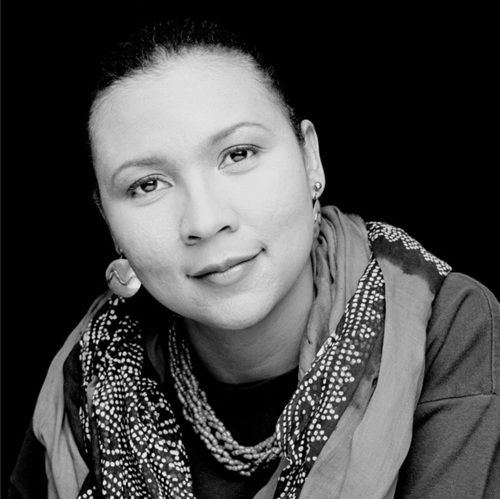 I had heard of bell hooks. I recognized her face in the photos I have seen the last few days but would not have been able to explain how or why. And that was all.

The feminist author, poet and professor died of end-stage renal failure on December 15 in her home in Kentucky. She was only 69.

Born Gloria Jean Watkins, the pseudonym she adopted, “bell hooks,” is written in lower case. The name is a tribute to her maternal great-grandmother, Bell Blair Hooks, with whom she shared her notorious independent streak. She kept the name in lower case specifically because she wanted the focus to be on her work not on herself. That makes sense–her body of work is voluminous.

A friend of mine in the academic world wrote on Thursday, “She inspired me to help others transgress boundaries and get uncomfortable.” Persuading people to get uncomfortable is hard. Really hard. But of all the things I have learned about hooks this week, it does not seem as if the difficulty of a challenge ever meant all that much to her. She did a lot of hard things.

Dr. hooks was born in Hopkinsville, Kentucky, on September 25, 1952. Like me, she was one of seven children. And like me, she grew up in Appalachia. I am fascinated by the last stage of her professional career. She was the Distinguished Professor in Appalachian Studies at Berea College since returning to her home state in 2004. The college is home to the bell hooks center, which supports “students as social justice leaders who are active in the creation of a radical undercommons where their many and varied expressions of difference can thrive.” Yes, this is all at Berea College.

On the countless drives I made from Indiana to one of my other hometowns in southwest Virginia, we always drove by Berea on the way. It was not far off I-75. My little brother and I used to make fun of the town’s name as it rhymed with a common intestinal malady that immature boys found amusing to say out loud. We did not know that Berea College is one of nine federally recognized “work colleges” in the United States. Every student is required to work a minimum of ten hours per week to assist in the operation of the college, and each student earns a Labor Transcript that describes the jobs they held and their performance in them.

bell hooks received her undergraduate degree in English from Stanford, her masters from Wisconsin, and a doctorate in literature from the University of California, Santa Cruz. She taught at Stanford, Yale and Oberlin College in Ohio before Berea. She published nearly forty books, from poetry collections, to memoirs, to children’s books. She won an American Book Award in 1990 for the essay collection, “Yearning: Race, Gender and Cultural Politics.”

Yes, she could have taught anywhere she wanted. She chose Berea.

In a 2000 interview on NPR’s “All Things Considered,” hooks spoke about her book, “All About Love: New Visions.” In that interview she spoke about a broader love, one that is bigger than romance. She said, “I’m talking about a love that is transformative, that challenges us in both our private and our civic lives.” This was a lesson I was taught as a graduate student and I now attempt to teach. She went on to more deeply explain what she believes people really want, a concept with which I entirely subscribe. “They want to feel more connected to their neighbors. They want to feel more connected to the world.” Anastasia Tsioulcas provides an excellent updated report of hooks’s life for NPR.

From Vice President Kamala Harris to author Ibram X. Kendi to Cornell West, with whom she often appeared, the loss that hooks’s death brings is sweeping.

Earlier this year, then 22-year-old, Amanda Gorman, the first National Youth Poet Laureate, delivered her striking poem, “The Hill We Climb” at the presidential inauguration. Her new book, “Call Us What We Carry,” a collection of her poems, debuted at number one on the New York Times Best Seller list last week. She is an influencer of today and is a follower of hooks. Gorman tweeted about hooks on Wednesday: “When I say rest in power, it’s with the knowledge of all the power she’s given to the rest of us.”

hooks might be the most important person I didn’t know a thing about until her passing this week. I’m reading her classic “Ain’t I Woman” now. I only wish I had started on her library earlier.