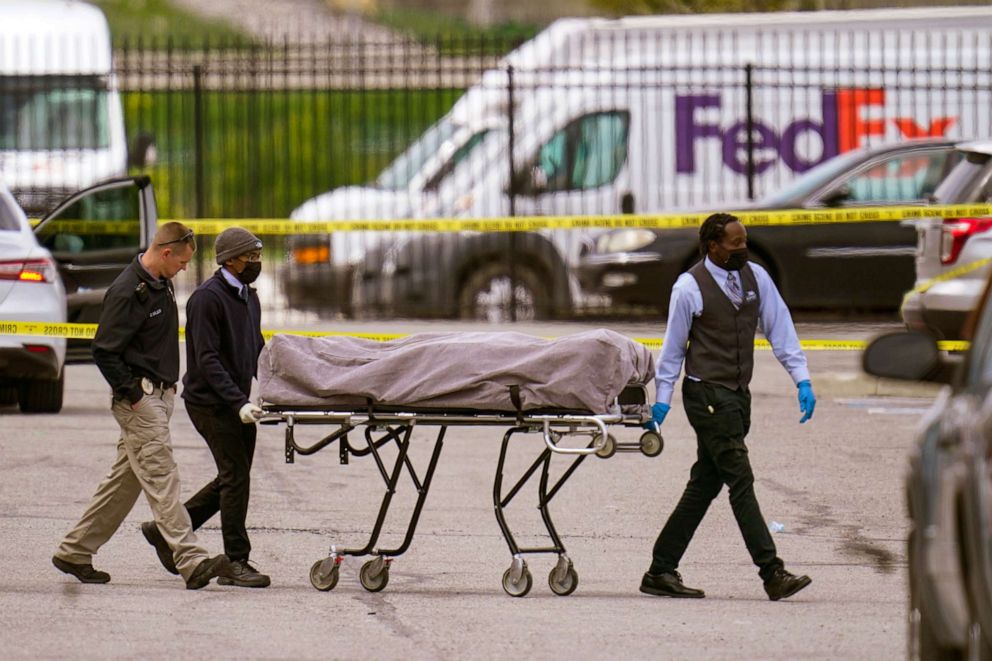 Author’s note: In March of 2020, Brandon Hole’s shotgun was not “seized” pursuant to the Laird Law, IC 35-47-14, it was voluntarily surrendered and never returned. A request for it to be returned was never made. Therefore, a warrant to seize the weapon was never sought.  This column has been edited to reflect that clarification. It should also be noted that only after a court determines, with clear and convincing evidence, that an individual is “dangerous,” can the determination be submitted to NICS to prevent future firearms purchases.

On the night of April 15, Brandon Hole arrived at the FedEx Ground facility near Indianapolis International Airport with two “assault rifles” according to the Indianapolis Metropolitan Police Department. Within minutes of his arrival, he shot and killed four people outside the facility, then four more inside, before turning one of the guns on himself.

Nine people died. National headlines tend to use phrases like “gunman killed eight…” which overlooks the death total. Of course, we are all furious at number nine, so counting him as a casualty is not universal.

In a Wednesday column by the Indianapolis Star’s James Briggs, one sentence jumped out at me. “The horrific outcome necessitates that blame be assigned,” he wrote. The column reviewed Marion County Prosecutor Ryan Mears’ explanation of the choices his office made when handling a March 2020 “red flag” alert given to IMPD by Hole’s mother. That alert provoked action that is now important to review, but still does not satisfy America’s favorite pastime, which Briggs identified: assigning blame.

IMPD was contacted thirteen months ago by Hole’s mother after her son made suicidal threats involving his newly purchased shotgun. His stated plan was to point the gun at police to provoke them into shooting him to death, in what is being referred to as “suicide by cop.” Following the contact to police, IMPD responded by conducting a mental health check, arrested Hole and placed him on a temporary mental health hold. The shotgun was voluntarily surrendered to authorities at that time.

According to the Star, “The FBI interviewed Hole again a month later based on ‘items observed in the suspect’s bedroom,’ and later said no…criminal violation (was) detected.” The surrendered shotgun was never returned to its owner. It does not appear that it was withheld as a “seized” weapon in accordance with Indiana’s red flag law.

That law, originally passed in 2005, is known as the Jake Laird Law, in honor of an Indianapolis police officer who was killed by a man with paranoid schizophrenia. The killer’s weapons and ammunition had been confiscated, but at the time, there was no legal mechanism for authorities to keep them. Ultimately, the weapons were returned and tragedy soon followed.

The Laird Law was the nation’s second red flag law, following Connecticut’s passage of the first in 1999. It is striking for a state as red as Indiana to arrive so early to what is now a trend. The law should continue to be celebrated. It may not help us adequately assign blame for the FedEx shooting, but we should not overlook that it has saved lives. Still though, it isn’t perfect.

More than two thirds of gun seizures under the law have involved suicidal intentions. More than a quarter have involved domestic violence situations. According to the New York Times, for every ten Laird petitions, one suicide has been prevented. Even in the case of Brandon Hole, obtaining his shotgun in March of 2020 may have prevented the suicidal crisis at that time.

But Ryan Mears’ office was faced with a dilemma a year ago in this case due to the law’s requirement that decisions for ongoing legal action be made within fourteen days of a seizure. That was an unreasonably short period of time in Hole’s case, since mental health professionals’ initial reports concluded he was no longer a safety risk. More time would have been helpful, and is clearly a shortcoming of the law.

Next, no matter what the prosecutor’s office chose to pursue, it would not have prevented Hole from purchasing the weapons he used last week. The Laird Law does not prevent future purchases, even if already-owned guns were lawfully seized. A court must make that determination, in a proceeding that takes an average of nine months to complete, before future purchases would be blocked. Hole purchased the two weapons he used last week in July and September of last year. The shotgun he surrendered to IMPD in March of 2020 was never returned.

The Laird Law, in its current form, would have almost no chance of passing in today’s Indiana General Assembly, let alone by almost unanimous majorities, as it did in 2005. The context of the gun debate has changed since then. And while the FedEx shooting has exposed weaknesses in the law, I have little hope those weaknesses will be addressed anytime soon.

Assigning blame this time involves looking in a mirror. Mears’ team made a reasonable decision last year, though he could have chosen differently. The Laird Law is good, but it could be better. Acting like our red flag law is as good as it gets feels like waving the white flag to me, and for that, there is plenty of blame for all of us to share.