The TV president who could never make it in the movies 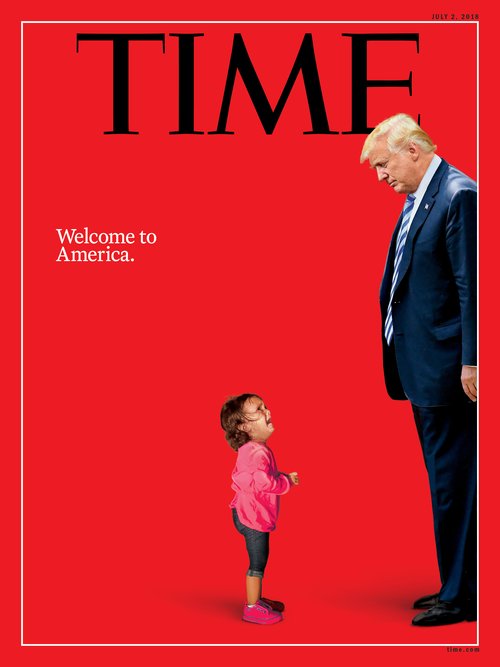 I’m not a TV guy.  I’m a movie guy.  I never watched The Apprentice.  I assume it was pretty good, for TV people that is.

“We have serious problems to solve and we need serious people to solve them,” said Michael Douglas as President Andrew Shepherd in The American President.

Yes, that is a quote from a make-believe leader that I find useful in real life.

There is a political crisis boiling on immigration and President Trump’s executive order on Wednesday resolved almost none of it.  It is unlikely the EO will even serve as an effective way to delay the awful situation we are in today.

There was progress though. For the first meaningful time, Trump got backed down.  There are varying explanations why it happened this time.  I subscribe to the simplest of them: he is losing on this issue.  Nearly 70 percent of Americans do not agree with all that the recently implemented “zero tolerance” immigration policy actually means.

That huge polling number is mainly in regard to family separations.

The shallow Trump Administration policy that created this political crisis, has been addressed by an equally shallow solution, in the form of the weak EO.  It was really just an elaborate punt to Congress.  It’s even named that.  It was not inspirational leadership.  It was not “serious.”

The mess that is our nation’s immigration policies and processes was not created by Trump. He is the gas that has been thrown on that fire though.  Americans who have stayed in line with this president through a series of incredible controversies, have their limits.  Even Trump supporters cringe at the way our nation is treating children and families on the border. Objections from virtually the entire network of Christian denominations, and more than 40 percent of Republican voters is all it took to get this president to veer.

So, now we know Trump’s limits too.

His handling of this is certainly not an example of greatness, and the nation has now shown it can only put up with so much pettiness.

“Napoleon once said when asked to explain the lack of great statesmen in the world that to get power you need to display absolute pettiness. To exercise power, you need to show true greatness.  Such pettiness and such greatness are rarely found in one person,” said Jeff Bridges as President Jackson Evans in The Contender.

We all know from Twitter that Trump is the Fort Knox of pettiness.  But his reluctance to try and right this wrong is the best example of his clear lack of greatness.  At least so far. Napoleon and Bridges might be right.

From a partisan respect, both sides deserve plenty of blame for our problematic immigration policy.  Minus partisanship, the foundation of a solution is not that complicated.  The process to legally enter the country for those who want to come here and work, pay taxes, raise families and become Americans simply needs to be more attractive than crossing the border illegally.  This is the real problem.  One that walls, family detention centers and irrational hatred will never solve.

It will take serious and great people to solve it and we are running short of those types in DC at the moment.

Too many Americans are convinced that America is being overrun by foreigners who are only coming here to take things, hurt us and degrade our greatness.  That view is less real than the make-believe presidents I have been quoting here.

Speaker Paul Ryan said in an immigration briefing on Thursday that “there are more jobs in America right now than we have people to fill them.” Indiana alone needs 100,000 more workers than we have right now.  I wonder where we might look to find some of them.

I love America. I love it for what it means to me.  One thing it means to me is that those suffering families on the border matter.  Every one of them.  It doesn’t matter from which side of that line they come. They want to be Americans. What exactly is there for Americans to hate about them or that?

My favorite speech from any president came from a real life one–even though I heard an excerpt from that speech the first time at, you guessed it, the movies.

“Our most basic common link is that we all inhabit this small planet.  We all breathe the same air.  We all cherish our children’s futures. And we are all mortal,” said President John F. Kennedy, starring as himself at the American University, June 10, 1963.

A TV president would never say something so brilliant.