Todd Young opens his campaign in a Trumpy way 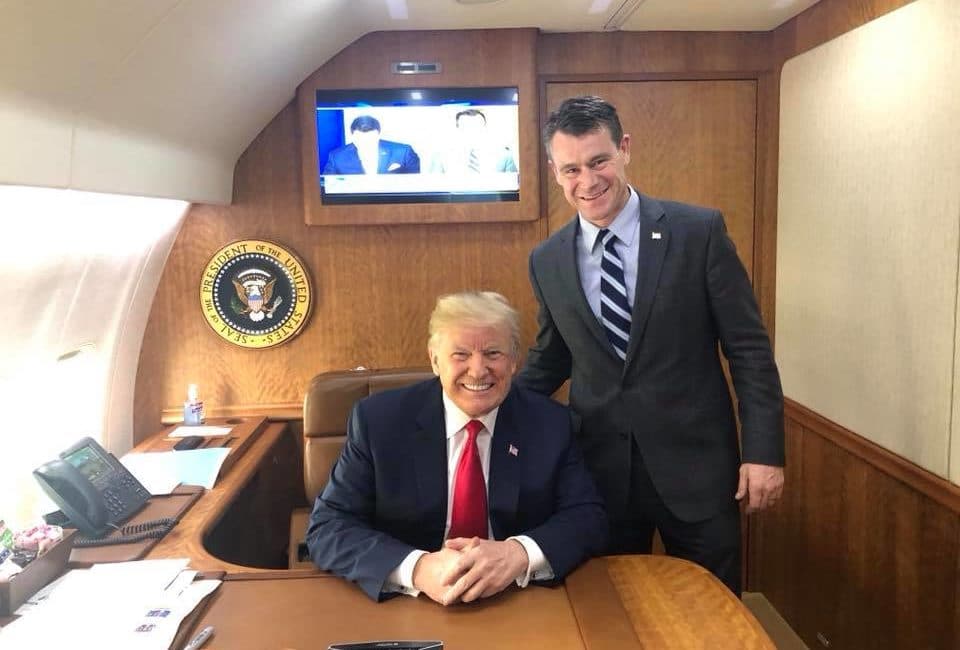 The 2016 presidential campaign called, and it wants its bad ideas back. Regretfully, Indiana’s 2022 U.S. Senate race appears to be headed toward focusing on the worst ideas of one of the worst campaign seasons ever. That is if the incumbent Marine has his way.

“They hated Donald Trump so much, they opened up the border,” is the opening sentence in the opening ad being run in Senator Todd Young’s first reelection campaign. Really, Senator?

I actually think that Young is a decent person, is often a rational member of an irrational caucus, and has the potential to be that steady voice of reason in a town desperately in need of a few good men–and even more good women. I also believe that the first ad of any political ad campaign is a clear indicator of things to come. That is especially true when the ad is being run by the incumbent who is the early and clear favorite to win.

So, when I got Senator Young’s first TV ad of the season via email earlier this week, I about spit out my coffee just a few seconds into it. I know the holidays are over, but it sure sounded like an ad celebrating Festivus, the fictitious holiday that was created on “Seinfeld,” by Mr. Castanza. It too starts with the “airing of the grievances.”

Let’s break that opening sentence of the ad down a little. First, the immigration policies of the Joe Biden administration do not exist because of any feelings about Donald Trump. They exist because that is what the Biden team believes is the right thing to do, given the circumstances of the moment, and the vision the president has for it in his heart. It is silly to even imply that the policies are born out of some hatred toward anyone, let alone the former, defeated president.

Second, the border is not open. That is a ridiculous scare tactic, particularly here in Indiana. Indianapolis is only about 1300 miles away from the border and its half-built fence, so I can see why Hoosiers should be focused on our nation’s greatest vanity project. I imagine another caravan of dangerous Central American migrants will magically appear specifically to threaten the Heartland with another invasion around, say, mid-October.

The border wall is, was and always will be a bad idea. I am confident Senator Young knows that, just as he knows that the entire manner in which our immigration system operates is not modern and in need of a bipartisan overhaul. The suggestion that finishing the wall, the way the Ming dynasty tried in China during the 14th through 17th centuries, will solve America’s archaic and dysfunctional immigration system is simply childish.

If ever there was something a government should return for a refund, it is the money the federal government spent on this middle age vintage strategy. How many COVID tests, vaccines and ventilators could we purchase for the money we burnt on that fence?

But that’s not the entire ad. Nine seconds into the add, Young says, “As a Marine, I served near the border.” Again, really Senator? Please don’t bore us with the “as a Marine” branding for the next ten months. We got it. And thank you for your service, again. But that can’t really be the highlight of the six years you will have served in the Senate at the end of this year–that you are still a former Marine.

The ad goes on to describe the crisis at the border as “a catastrophe of Joe Biden’s making.” How convenient it must be for this generational crisis to have been created by a president that has been in office for one year. The southern border was full of lollipops and ponies before January of last year apparently. Which is, of course, why the wall was being built in the first place.

The ad’s big finish is when he says, “we have a country to save.” One final time, really, Senator?

Last March, in a survey by Gallup, U.S. adults ranked the threat to our country by large numbers of immigrants as the eighth most pressing security issue, significantly behind the seventh ranked issue of climate change. My advice to Senator Young’s campaign is that if you want to save the country, look up. Look up the list that is.

This ad is beneath Senator Young and his constituents. It’s a relic of a campaign we will all one day want to forget. Hopefully, his next ad will actually be about his plan for our future.