Trump didn’t do it, and the Earth remains flat 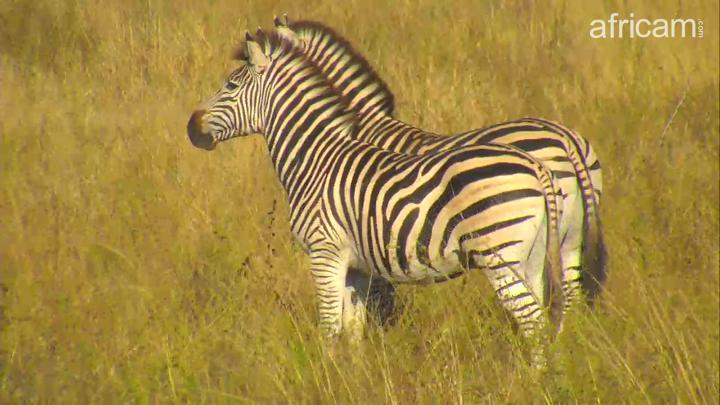 The camouflage of a zebra is confusing to both humans and lions. To humans, those stripes don’t seem to be a disguise of any kind. But to lions, who are zebra’s main predator in the wild and are colorblind, those black and white stripes actually do blend in nicely with the tall grass on an African plain.

Of equal or greater value though, is the visual confusion zebra stripes create when they are in a herd. A lion sees the herd as a large amorphous blob as the stripes of each animal blend with each other and the backdrop of the grass. Even as smart as lions are, they often cannot come up with an effective plan of attack with the disorienting view in front of them.

Yes, in today’s first metaphor, Republican members of the U.S. Senate have become very much like a herd of zebras.

It was no surprise that President Donald Trump was acquitted by the U.S. Senate of two articles of impeachment on Wednesday. There were only rumors of cracks in the fortress the president has built with today’s congressional Republicans that might give optimism to those who believe a vote to convict him was the only rational thing for any Senator to do.

In the end, Senator Mitt Romney of Utah was the only Senate Republican who had the courage to vote for the conviction.

“What is the right thing to do? What does the Constitution demand?” were questions Romney asked himself. He voted to convict the president on the charge of abuse of power. “I think the case was made. It was about as egregious an assault on the Constitution as can be made.” In a career that easily could have been described as one filled with decisions made for political expediency, this is a move by a man who doesn’t need or want to stand for that any longer.

What would the politically expedient thing even be for a senator elected to a six-year term in 2018? Romney will never appear on a ballot with Trump, even if he runs for reelection. He will be 77-years-old on Election Day in 2024. He has an abundance of personal wealth. There are not immediate electoral consequences for the freshman senator from Utah, which should give him the political freedom to make the choice he made on impeachment.

Back home in Indiana, Romney’s situation sounds a little like what is facing the Hoosier state’s freshman senator, Mike Braun. He will be 70-years old if he runs for reelection in 2024. He too has an abundance of personal wealth. Braun doesn’t need the job, and more importantly, he doesn’t need Trump. But he sure acts like he does.

On January 22, Braun tweeted out an exchange he had with a reporter, who asked if the president’s withholding of military aid to coerce a foreign nation to investigate a political rival is okay. His response: “No, I’m not saying that’s OK. I’m not saying that’s appropriate. I’m saying it didn’t happen.”

And in other Senate news, it turns out the Earth actually is flat. I’m sure the zebras on that African plain would agree.

Political spin is an interesting exercise. There has been an overload of it with regard to the impeachment saga that ended this week. But this is simply dishonest. Of course President Trump did it. There is some limited legitimacy to a debate about whether it is worthy of him being removed from office and whether the judicial branch should have been engaged more extensively in obtaining witnesses and documents. But there is no rationality behind the position that “it didn’t happen.”

It’s the kind of statement that should make a senate press secretary cringe and immediately look to soften. In this case, though, it was tweeted out with pride.

Mitt Romney violated the zebra rule by breaking away from the herd. He knew the lions waiting to pounce would race across the flat earth and maul him into dinner. His calculation was that for him, that mauling mattered less than his personal integrity and his oath as a senator and juror.

For Braun, I’m going to have to dig deeper for a metaphor that works. I’m truly at a loss.