Trump’s insurrection, and his defenders’ cowardice, won’t ever fade 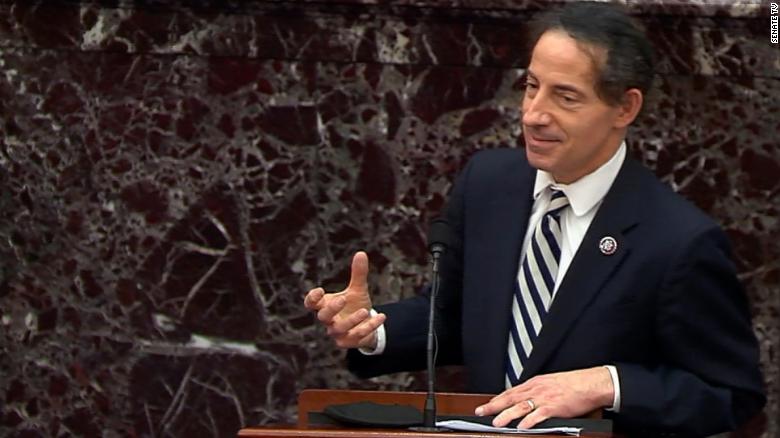 Lead impeachment manager, Rep. Jamie Raskin, D-Maryland, quoted Thomas Paine several times as the managers’ case was concluded on Thursday in the second impeachment trial of former President Donald Trump. Paine’s Common Sense was the pamphlet many credit with inspiring the American Revolution. Sense that is common among us all is all that is really needed to answer the question of the day: convict or not?

All those who viewed the presentation made in the case against the former president need is a touch of common sense. The choice is easy. Convict.

There aren’t enough Republican Senators planning to make the obvious right choice when they vote on the question this weekend. Not because of any principle or any evidence, but entirely because of political fear. They are scared to cross Trump and his seditiously loyal following. It is just that simple for them.

A problem with them following their fear and acquitting Trump is laid out in a song about the founding of our nation. As the song from Hamilton goes: “History has its eyes on you.” Trust me, history will not remember this episode through the eyes of those voting to acquit. This will always be Trump’s parting sin, and acquitters are now sharing it with him. There is no process or procedural issue to hide behind. Any member of the Senate clinging to that is not being intellectually honest. The Constitution’s language on it is not complicated and it’s not in dispute. Move on.

Yes, the people who stormed the Capitol on January 6 are criminals. Criminals who were not concerned with consequences. Only the dumbest criminals would video their own crimes, and then distribute the videos on virtually every social media platform. But it wasn’t typical stupidity. They were convinced that what they were doing was the right thing, the patriotic thing, the presidentially approved thing. It was clear they were acting in service to Trump.

The former president has expressed no contrition, no remorse, no regret. He has none. Anyone who could have helped calm, diffuse or stop this most mutinous riot in American history and chose not to do so, would and should be considered a traitor. Trump didn’t even try to help. He could have helped but didn’t.

What’s the sentence if Trump is convicted? It can only result in the un-electable, disgraced former president being disqualified from the ability “to hold and enjoy any office” again. So, not much of a consequence. A conviction is more of a declaration by Congress that what Trump did is, in fact, a “high crime or misdemeanor.” Establishing that could be valuable guidance for the future. The Senate should be able to agree that this behavior from any president is intolerable.

No longer is this decision about “undoing the 2016 election,” as was the case at Trump’s first impeachment trial. This whole thing happened because of Trump’s attempt to undo the 2020 election. The decision is merely the proportional response to the specific things we know by simply declaring them to be wrong. Very wrong. Constitutionally wrong. What he did here is definitely those things.

No rational person is making the case that Trump is free from blame. And if he is not free from blame, there should be a governmental response to the wrongdoing. In other words, if impeaching him is the wrong thing, then it must be a criminal matter. He cannot possibly be exempt from both impeachment and prosecution–like more than 200 of his followers who have already been charged.

Those senators wanting to acquit are more scared of a Twitter-less Trump than they are of a real threat, like an angry mob storming the Capitol to harm them with actual, physical violence. Spoiler: the latter has now been shown to be real.

And how will an acquittal age? Well, we do anniversaries in America, and so every January 6, the discussion will reopen. By January 6, 2024, will Americans blame the riot on Trump more or less than they do today? How about January 6, 2028? The video imagery won’t fade. The Trump flags, hats, shirts, chants, etc. will endure. Moving on from the fact that the riot occurred in his name is not possible. He will always be a former Republican president, who was only acquitted because Republican members of congress stood by their man.

No, Donald Trump won’t ever be president again. And thanks to the vivid documentation of what was assembled for his trial, the American people will not ever forget what he did.

Nor will we forget who defended it.