Vice President Pence: One of only a few fish left in a small barrel 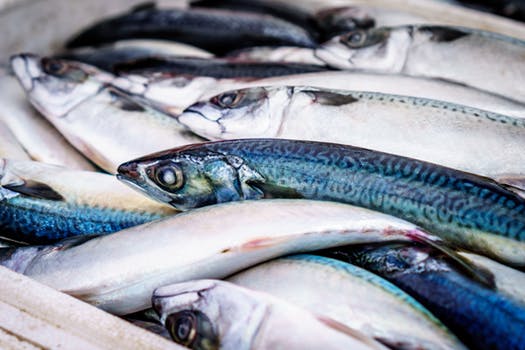 This is the caption
Here is the source

The expression that something is like “shooting fish in a barrel” has been mentioned more regularly in the political world in recent days. It’s an old expression, but a really good one.

Mike Flynn, President Donald Trump’s first National Security Adviser, pled guilty in federal court to one count of lying to the FBI on December 1. This is the second guilty plea to this “process crime” that has come from the investigation of special prosecutor, Robert Mueller. Those close to Mueller and his career have regularly described his investigative method as one of “shooting upward.” That means he is only going to make plea deals with people who will help him nail someone or something bigger.

The plea deal with Flynn is nothing more than a step up on the ladder to give Mueller a better angle to shoot into the barrel.  There are only a few fish in that barrel. It’s a list so short, they can be listed:

Vice President Mike Pence was in charge of the transition.

Sources have reported that Jared Kushner is likely the next target of Mueller’s probe, which would have been an easy guess since he has spent much of 2017 disclosing and correcting virtually every filing he has made to obtain and retain his security clearance. He has sloppily managed his clearance to the point that many in Washington, in both parties, believe it should have long since been revoked. The most telling development though is his apparent fall from grace in the president’s eyes. A few months ago, Kushner seemed to be in charge of everything. Now he seems to be hiding in the other room.

We already know that Flynn lied to Pence. This was the lying that got Flynn fired. It now appears that reports are indicating that Kushner directed Flynn to engage in the conversations Flynn subsequently lied about. Most who are covering the investigation believe Kushner is Mueller’s next target.

So what are these lies even about?  President Trump tweeted on December 2, 2017 that Flynn should not have lied to Pence or the FBI because “his actions during the transition were lawful.” Really?

He was bargaining with the Russian government regarding a U.N. resolution on Israeli settlements and sanctions against the Russians by the Obama administration for interference in our elections. The important part of this bargaining is that it was being done on behalf of the United States, when President Obama, and his administration were still in charge.

And he was advocating a different position than the U.S. government.

This is a violation of the Logan Act, a poorly understood 1799 law, of which Americans are about to learn real well. This matters because presidential transitions, particularly when parties are shifting, lends itself to scenarios this law intends to address. There can only be one government here. It changes when a new president is inaugurated. Obama announced sanctions for election interference by Russia on December 29, 2016. Flynn lied about a phone conversation he had with Russia that same day. This was a conversation he claims he was directed to have by someone in Trump’s transition.

It is becoming increasingly difficult to even imagine that Pence was not one of two things during the transition: complicit to, or ignorant of it all. Now that’s a choice a politician in charge of such a small barrel of fish doesn’t want to make.  But they are the Veep’s only remaining spin options.

I have documented it many times that Pence is a poor manager of government. I was aghast when I heard he was in charge of the transition. While I appreciate he knows more about government than any of those listed a few paragraphs above, his experience managing government is highlighted by his failures more than his successes. It is entirely possible that this entire mess grew out of a staggering amount of naivety by a group of people who are simply unfamiliar with it. They may possibly not even be interested in it.  In his defense, Pence did not pick this bunch.

There aren’t many fish separating Flynn from Pence. Kushner is likely the last one. Politically, it is also hard to imagine Kushner getting clipped by Mueller, without impugning his wife and his father-in-law. This battle won’t be decided on Twitter.

Pence could be the last man standing before all of this is over, and that only happens if he effectively argues that he didn’t know anything about anything.  And that’s not much of a campaign slogan.

There are only a few fish left in the barrel into which Mueller is shooting. They can be counted on less than two hands.

Which is just enough to fill a historic pair of handcuffs.