When the new speaker stands for nothing, danger lurks in a chaotic house 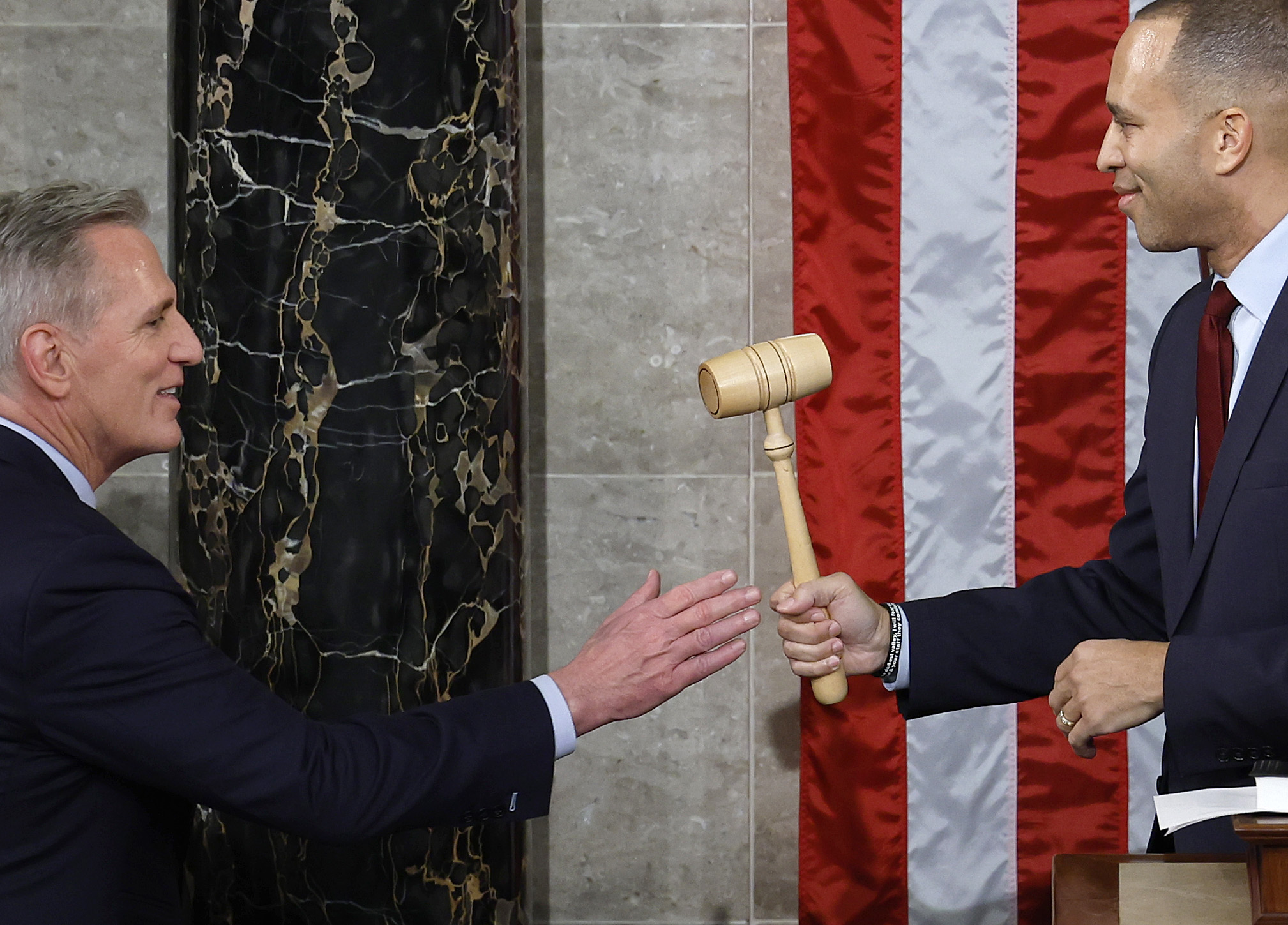 Early in the Broadway smash, “Hamilton,” the title character meets his nemesis, Aaron Burr. The polished and savvy politician advises young Alexander to “talk less, smile more, don’t let them know what you’re against or what you’re for.” Republicans in the U.S. House seem to be trying to follow the Burr plan, with the obvious exception of the “talk less” part.

Last week, the American public witnessed a governmental process it hasn’t seen in 100 years: multiple elections for the Speaker of the House. During that century, the selection had routinely become an inside job. The majority party would work it out in private first and then come to the chamber and hold the ceremonial vote for the citizenry to witness. It had become such a snoozer, that most of America paid no attention at all.

The fight within the House Republican Caucus all comes down to a matter of trust. Some of the staunchest opponents of Speaker Kevin McCarthy’s ascension consistently claimed their lack of trust in him was the issue. What took a backseat in this process, however, was the public trust. Reeling from things like the two-year anniversary of the January 6 insurrection, ongoing election denialism and conspiracy theorizing, this caucus already was weak in this category. The events of the last week all but obliterated what little trust remained.

Some might say, and in an attempt to mitigate the embarrassing chaos, some did say, that holding this process in public was actually a good thing. As Jarrett Stepman opined for The Christian Post: “At a time when most of the big decisions in our society are made by unelected bureaucrats and courts, and when elected representatives are more likely to listen to lobbyists and the donor class than to the American people, we should be encouraged by our representatives showing a little independence.”

So, there’s that. But this bunch has more than “a little” independence. Its primary feature is that it lacks loyalty or commitment to anyone or anything at all. Due to the Democrat control in the Senate and the White House, the House was already expected to be big on investigations and grandstanding, and small on policy and governing for the next two years. Those early predictions underestimated the depth of the coming turmoil.

Never in my lifetime has there been an entity, a conference, a caucus of such governmental significance so entirely void of meaningful purpose.

This battle wasn’t about intraparty disagreements about the southern border, Social Security or Medicaid, taxation, abortion…you know, the little stuff. Oh no, this was about whether members like Reps. Matt Gaetz and Lauren Boebert have faith in McCarthy or not. This nonspecific distrust sounds like the playground, not the U.S. House.

So, if McCarthy is so hard to trust, and in such a generic way, how did he become the consensus choice of the party in the first place?

McCarthy’s clout comes from promises, back slaps, campaign funding, and apparently limitless sucking up to a couple of hundred members of the House. Many Americans believe that is the way leadership has always been established in the cesspool known as Congress. The problem here is the promises have been too wide, too varied, too conflicted, and most of all, too shallow.

None of the promises, and none of the fight, had anything to do with any identifiable ideology. That explains how McCarthy can successfully gain the support of one of the other notorious bomb throwers of the group, Rep. Marjorie Taylor Green. Gaetz and Green went on a political tour together during much of 2022 because their messages were so similar. How are they different now? Ideologically speaking, they aren’t. Some of that is because the targets of their shared grievances likely won’t ever change, but what might be even more concerning, is that neither has a coherent governing ideology over which to disagree.

This void is the reason this bunch is so dangerous. Few expected the House to pass new policies due to divided government. But the House still must participate in the funding of it. McCarthy’s dealmaking to win the gavel made that duty measurably and predictably more difficult because of process concessions he made to his detractors.

McCarthy said over the weekend, “Don’t judge us on how we start, watch how we finish…”

Count on that, Kevin.

But Americans should be asking the new speaker the same question Hamilton asked Burr in response to his early advice: “If you stand for nothing, Burr, what’ll you fall for?”