Will it wash out or is it “in the blood?” 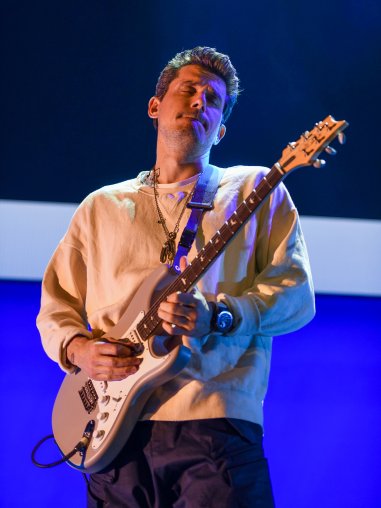 John Mayer took the stage at Bankers Life Fieldhouse Monday night to play Indianapolis some music. He writes songs about relationships and growing old and all of the things that come with both.

When he played “In The Blood” about halfway into his second set, I found myself daydreaming about the list of questions the song asks. The tune has been stuck in my head all week, and as that annoying hum and whistle torture was going on Thursday morning, some truly horrible things happened.

Israeli Prime Minister Benjamin Netanyahu announced that he was denying entry to Israel of two U.S. House of Representatives members. Of course he made the announcement about an hour after he was prodded to by the U.S. president via, you guessed it, Twitter.

Freshman Congresswomen Ilhan Omar and Rashida Tlaib had planned a trip to Israel. Both have taken issue with the president’s positions on Israeli policies and have not been shy about sharing them. The two new members of congress oppose the “two state solution” in the region and are supportive of the Palestinian narrative on the matter.

Tlaib’s grandmother lives there.  Literally, it would seem Tlaib’s perspective there is “in the blood.”

The first question of the Mayer song asks: “How much of my mother has my mother left in me?”

In America, the concept of ancestral connection is different. While I consider myself an American first, many of us do not have to work our family trees back too far to see that our bloodlines haven’t been here all that long. Also in America, our president should not be asking foreign powers, an ally no less, to refuse entry of any American. Trump’s request of Netanyahu to block admittance of two elected members of a co-equal branch of government is difficult to describe.

It’s not technically treason or mutiny. It’s not criminal or unconstitutional. It’s also not merely inappropriate or ill-advised. It definitely is unpresidential and unAmerican.

“How much of my father am I destined to become?” Mayer asks in the next verse.

I always thought our destiny here was founded in reason. This entire episode lacks it.

The America I grew up loving, the one I assumed the world envied, would never have behaved like this. There are differing opinions on what the right path forward is for Israel.  The passions that surround the issue are fascinating. The interests of these two Muslim congresswomen should not be difficult to understand.  Admittedly though, I have never really been able to understand why a Christian from the heartland is so offended by these two elected officials’ minority viewpoint.

Why don’t we want to hear their views? If they are willing to go to Israel and learn more about it, shouldn’t we support that idea as Americans?  The rage of it all makes little sense.

I wonder if this is really what Israel wants to be. They had already approved the congressional visit. Trump forced them to reconsider. It was a great opportunity to ignore Trump and show some independence, but Bibi passed.

There is a new national election in Israel on September 17, the second one this year. I have learned a little about their elections and transitions of power in recent years and it is far different than ours. The reason for the second election is that while Netanyahu barely received the most votes on April 9, he did not receive a majority. For a government to be formed, he needed to form a coalition with others that would represent a majority. He was unable to do that, which forced the new election.

Netanyahu is polarizing, much like Trump. Most would say this shared trait is the source of their bond with one another.

In the same month that our president found it appropriate to try and rescue an American rapper from justice in Sweden, and for a crime he was later convicted of, our president is goading foreign allies to punish his own citizens in a way he legally cannot. The congresswomen have committed no crime.

The entire Trump presidency could be encapsulated by the outlandish events of this week. We cannot let this become normal. The appointment of judges, tax cuts, and deregulation are not reasons to tolerate this.

The main question of the Mayer song’s chorus is “Will it wash out in the water, or is it always in the blood?”

To wash this out, America will need plenty of water.